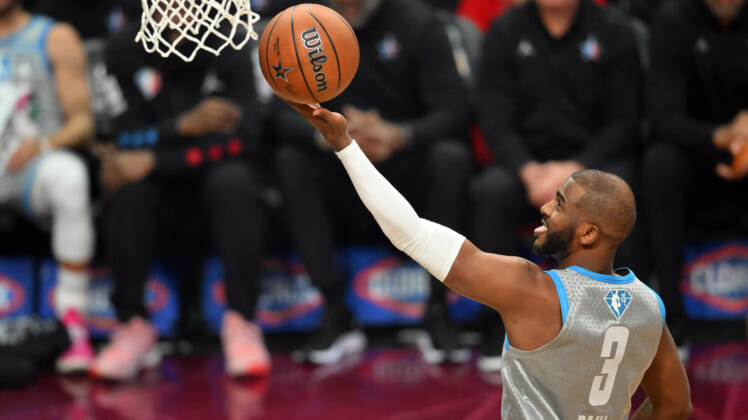 Ahead of Sunday’s NBA All-Star game, it was reported that Paul will be evaluated again in 6-8 weeks — meaning that he’ll miss at least the next month and half of action.

Or so we thought. Shockingly, Paul checked into the All-Star Game in Cleveland in the first quarter. Most figured that being out at least six weeks of actual meaningful games would prevent Chris Paul from suiting up in this otherwise meaningless exhibition.

Think about it as a Suns fan. Paul joined Devin Booker and head coach Monty Williams on the court for the All-Star Game. Phoenix boasts the best record in the Association and is seen as the top title contender.

Meanwhile, Paul will be out for at least the next six weeks of actual regular-season action. Did we mention he’s playing in a meaningless game with absolutely no impact on the season itself? Fans were equally as confused.