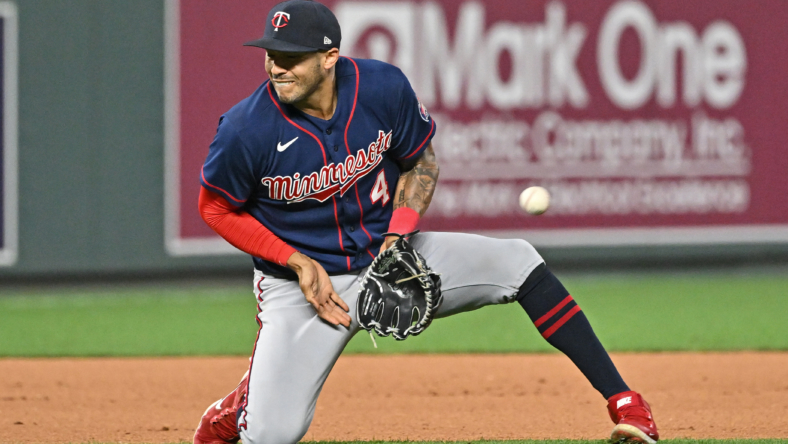 Despite losing 88 games a season ago, the Chicago Cubs are not planning on continuing with a full-scale rebuild. They’ve been among the most active teams in scouring the MLB free agent market in an attempt to add to a talented young core group.

That reportedly includes Chicago taking aim at some of the top free agent shortstops as the hot stove heats up.

” I will be very surprised if the Cubs do not add one of the big four superstar shortstops,” MLB Network insider Jon Morosi reported on Tuesday.

In addition to Carlos Correa, the likes of Dansby Swanson, Trea Turner and Xander Bogaerts are top free agents available at this all-important position.

Last season saw Nico Hoerner handle most of the shortstop duties in the Windy City. The 25-year-old former first-round pick hit a solid .281 with 10 homers and 55 RBI while posting a .718 OPS in 2022. Though, he would likely be moved to second base should the Cubs acquire a star shortstop on the open market.

Best fit for the Chicago Cubs in MLB free agency

We pretty much have to look at the ages of those available. Chicago is not competing for an NL Central crown any time soon. It is going to want to add a player who figures into the long-term equation.

It’s in this that Correa and Swanson, both 28 years old, would make the most sense for Chicago. Of the two, Correa has a broader history of success. The two-time All-Star and Gold Glove winner has hit 20 homers or more six times in his career. The only exception in a non-COVID shortened season was back in 2018 when Correa missed 52 games to injury.

Coming off another solid season, Correa is being courted by multiple teams in MLB free agency. That includes a Minnesota Twins squad that was surprisingly able to land the World Series champion on the open market last offseason.

As for Swanson, he might provide a bit more on offense than his counterparts. Last season saw him earn a first-ever All-Star appearance while hitting 25 homers, driving in 96 runs and boasting a .776 OPS.

It will be interesting to see what front office head Jed Hoyer and the Chicago Cubs have planned for free agency. This team still has a ton of holes to fill. Acquiring a top-end shortstop would be huge in the rebuild process.