The NBA is suspending the Chicago Bulls next two games after forward Alize Johnson became the 10th Bulls’ player to land in the COVID-19 protocols.

Chicago’s rapid spreading of the coronavirus began on Dec. 1 when guard Coby White tested positive for COVID-19. The virus quickly transmitted to other players, with teammates Javonte Green, DeMar DeRozan, and Matt Thomas all landing in the NBA’s health and safety protocols.

Playing with a small bench, Chicago lost two consecutive games and things have only worsened for the franchise on the health front. On Sunday, the Bulls announced that Zach LaVine and forward Troy Brown Jr. were entering the COVID-19 safety protocols.

With the NBA postponing Chicago’s games against the Detroit Pistons (Dec. 14) and Toronto Raptors (Dec. 16), both the league and team are hopeful it allows a few players to return before the next game.

DeRozan, Green and White could all receive clearance to return by Sunday. But the NBA will exercise extreme caution to avoid a potential outbreak spreading across multiple teams. 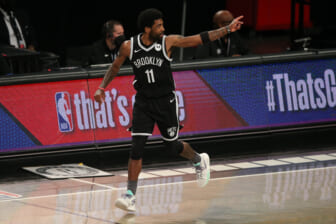