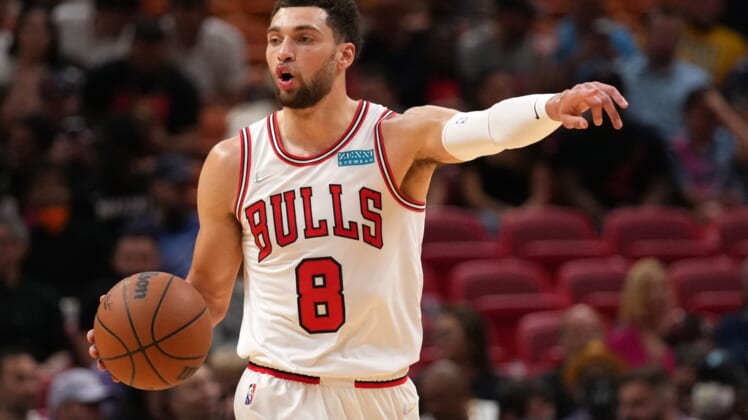 The Bulls were 8-3 when Vucevic tested positive. Since then, they have managed to stay above .500, going 9-7, and entered Sunday tied with the Milwaukee Bucks for the second-best record in the Eastern Conference.

LaVine, 26, played 38 minutes Saturday night in the Bulls’ 102-93 loss to the Miami Heat. He was the game-high scorer with 33 points and added seven rebounds and four assists, marking the third time in the past four games he scored more than 30 points.

The Bulls are scheduled to host the Detroit Pistons on Tuesday. As of Sunday, Chicago had nine players available, one more than the minimum required to avoid a postponement.