The Chicago Blackhawks fired head coach Jeremy Colliton on Saturday following a slow start to what already has been a miserable 2021-22 season.

The team also is dealing with significant off-the-ice issues stemming from a sexual assault allegation against one of their former employees from a decade ago.

“It has been an extremely difficult couple of weeks for our organization, and we have had to come to terms with a number of necessary changes,” Blackhawks CEO Danny Wirtz said. “As we look to move forward, we know we must earn back the trust of our fans, and we are grateful for the support of our entire community as we work to do just that.

“On the ice, interim general manager Kyle Davidson has our full confidence and autonomy to make hockey decisions, and we support him on this coaching change. We appreciate all that Jeremy has brought to the Blackhawks, and we look forward to working with Derek as our interim head coach while we work to rebuild our permanent hockey operations leadership.” 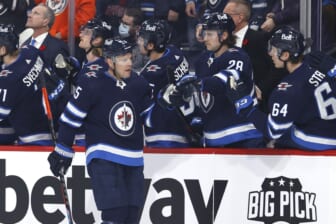 The Blackhawks have stumbled to a 1-9-2 record this season. They are 87-92-26 in three-plus seasons under the direction of the 36-year-old Colliton.

“This team has a lot of talent — talent that I am familiar with from my time in the organization — and I look forward to working with them behind the bench,” King said. “I appreciate the support from Kyle Davidson and Danny Wirtz through this process and I cannot wait to get going. I understand my role and position and ready to do the work necessary to help the organization succeed.”