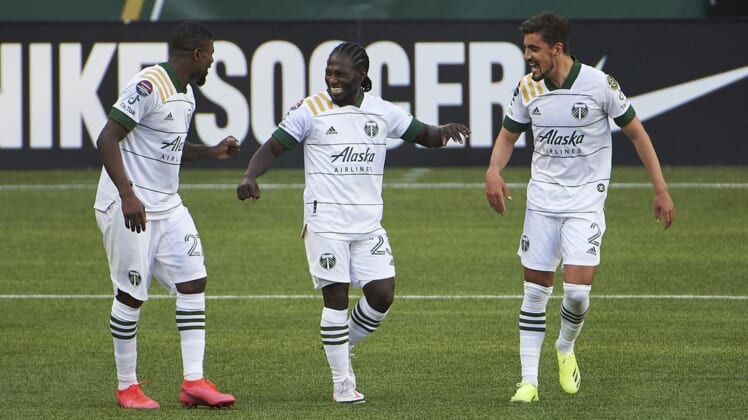 Yimmi Chara tallied a hat trick Tuesday night to lead the Portland Timbers to a 5-0 rout over CD Marathon and into the quarterfinals of the CONCACAF Champions League.

The score was tied 2-2 after the first leg.

Chara tallied in the 18th minute, again in the 36th and topped his night off with the third in the 78th minute. Diego Valeri (66th minute) and Marvin Loria (88th) also scored for the Timbers.

Jurgen Damm’s goal in extra time gave the Atlanta United a 1-0 win for a 2-0 decision in aggregate and a trip to the quarterfinals.

Atlanta took 15 shots but only five were on target and another five were blocked.

LD Alajuelense took seven shots but only one was on target. Each team took five corners.