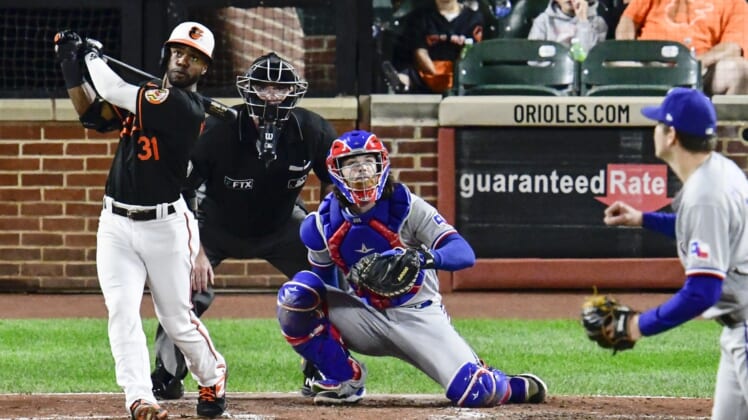 With his three-run home run in the bottom of the second inning against Texas righty Spencer Howard, Mullins became the first player in team history to join the 30-30 club, hitting 30 home runs and stealing 30 bases in the same season.

He is also the first player in the majors to reach the mark this season, with San Diego’s Fernando Tatis Jr. (40 home runs/25 steals), Cleveland’s Jose Ramirez (35/24) and the Los Angeles Angels’ Shohei Ohtani (45/24) the closest to the mark entering Friday.

Prior to this season, the 26-year-old Mullins had seven home runs and 10 stolen bases in 115 career games spanning three seasons. He entered Friday sporting a .300 batting average and .900 OPS with 30 steals. He was a first-time All-Star this season, as well.

“You’re talking about the great players that have gone through here and are gonna come through here, and you’re the only one,” Orioles bench coach Fredi Gonzalez said recently as Mullins closed in on the mark. “You talk about Frank Robinson, Brooks Robinson, Cal Ripken, on and on and on and on, Eddie Murray, great players, Hall of Fame players, and you’re the only one. That’s special. That’s a special place in history that nobody can ever take away from him.”