Carlos Dunlap, a 12-year NFL veteran, and two-time Pro Bowler is the late established talent to hit the free-agent market after being a salary cap casualty.

ESPN NFL insider Adam Schefter was first to report the news that Dunlap’s tenure with the Seattle Seahawks will end after one season after being released on Friday. NBC Sports Edge also added that the move will only save the team $900,000 in cap space. However, if the release is filed as a post-June 1 cut, then Seattle stands to gain $5.1 million in a few months.

While Dunlap won’t get all of the $13.6 million he signed up for when he joined the team last season, he will be able to take his legitimate pass-rushing services to a new team in need. Here are three ideal fits for new free agent Carlos Dunlap.

Kansas City Chiefs get a proven and needed edge rusher

The Kansas City Chiefs have a fairly complete offensive squad. And for any weaknesses they have, superstar quarterback Pat Maholmes can make up the difference. However, they are frustratingly bad at times on defense, and it has cost them Super Bowl titles and opportunities in recent years. Yet most of their signings so far have been on offense. 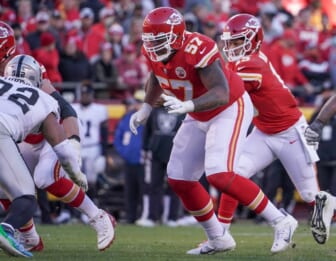 That should change with a veteran like Dunlap. The former Pro Bowler has been a solid and reliable QB hound throughout his career and proved it once again with 8.5 sacks last year at age 32. Considering their limited cap space, the goal of a title run, a need for defense help, and the fair price Dunlap will come at, this seems like a perfect fit for both.

The New York Giants lost Austin Johnson to the Los Angeles Chargers in free agency. Now they are down to just one notable pass-rushing threat in Leonard Williams. The team and Williams need some help on this feeble line.

A Williams and Dunlap combo would harken back to the days of Michael Strahan, Justin Tuck, and Osi Umenyiora and that fearsome rush that helped the franchise win two Super Bowls. Well maybe not as fearsome as those team greats, but a Williams-Dunlap combo would be a nice starting point for new General Manager Joe Schoen to help return the Giants to their defensive traditions.

The Jacksonville Jaguars entered free agency with the most available cap space in the entire league and they spent a large chunk of it already. Yet despite adding talents like Brandon Scherff, Christian Kirk, and Foley Fatukasi, they still have another $14 million in cap space left. Why not spend some of that on pass rushing? Something you can never have enough of in this league. 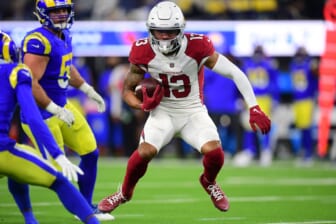 As the Jaguars continue to try and remodel their culture after the utter failure that was the Urban Meyer era, and following a disappointing debut year for starting QB Trevor Lawrence, bringing in a savvy veteran who can teach and still contribute would help the Jags. Plus, a deal for Dunlap would not cut much off the $14 million they have remaining.