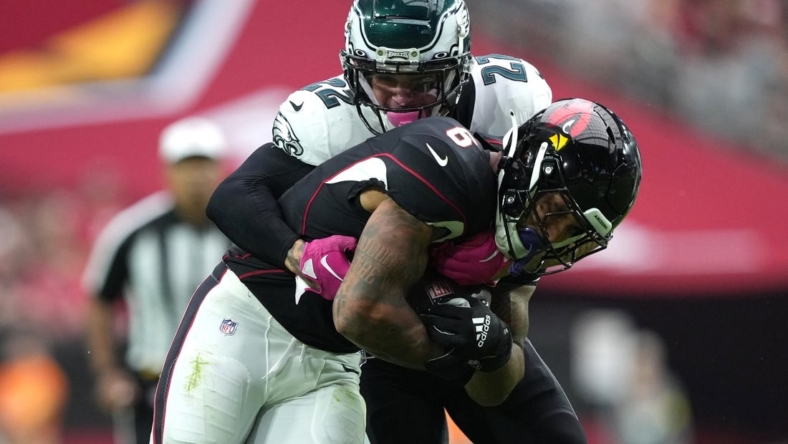 The Arizona Cardinals running back corps is looking more like a proverbial M*A*S*H unit heading into Week 6.

The status of starter James Conner (rib) is unclear as the practice week begins while third-string RB Darrel Williams already has been ruled out for this week with a knee sprain.

Only Eno Benjamin and fourth-stringer Keaontay Ingram are healthy heading into Sunday’s divisional contest against the Seahawks in Seattle.

The club signed running backs Ty’Son Williams and Corey Clement to the practice squad this week.

Further, RB Jonathan Ward, who had only played on special teams so far this season, is heading for injured reserve with a hamstring injury, according to NFL Network.

Conner suffered his injury last week against the Philadelphia Eagles. He rushed nine times for 55 yards but played just 24 snaps. He leads the Cardinals with 200 yards rushing on the season. He’s considered day-to-day and his status will become clearer later in the week.

Williams was limited to eight offensive snaps vs. the Eagles, rushing three times for nine yards.

Benjamin played 37 snaps and carried the ball eight times for 25 yards and a touchdown. He has 136 yards rushing on the season.

The Cardinals (2-3) will hold a walkthrough on Wednesday instead of a full practice ahead of the game against the Seahawks (2-3).