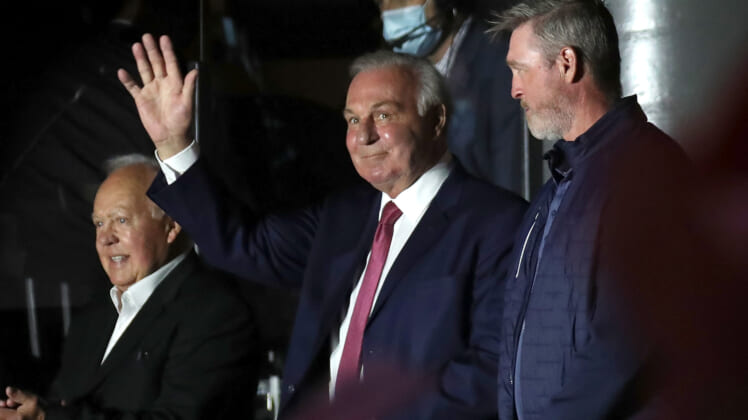 A true legend of Montreal Canadiens hockey and one of the best players of the 1970s, Guy Lafleur, has passed away at the age of 70.

On Friday, the team announced the passing of the first overall pick in the 1971 NHL draft, however, a cause of death was not given. The hockey legend has battled lung cancer in recent years. In 2019 he had a cancerous lobe removed from his left side, then in October of 2020, he revealed another diagnosis of cancer in his right lung.

“We are deeply saddened to learn of the death of Guy Lafleur,” Canadiens owner Geoff Molson said in a statement [h/t ESPN]. “All members of the Canadiens organization are devastated by his passing. Guy Lafleur had an exceptional career and always remained simple, accessible, and close to the Habs and hockey fans in Quebec, Canada, and around the world. Throughout his career, he allowed us to experience great moments of collective pride. He was one of the greatest players in our organization while becoming an extraordinary ambassador for our sport.”

The native of Thurso, Quebec played 14 seasons with the Canadiens and was a key factor in the team’s five Stanley Cup championships during that time. In their 1977 title run, he took home the Conn Smythe Trophy as the playoffs MVP.

During his reign of dominance in the 1970s, he lead the league in points twice, was awarded the Hart Trophy as league MVP on two occasions, and also was voted three times as the most outstanding player by the NHL Players’ Association.

For newer fans, he was similar to the scoring giants of today like Alex Ovechkin and Connor McDavid. He was the first player in NHL history to have six straight seasons with 50-plus goals and 100-plus points.

Lafleur retired from the league in 1985 after a dispute with then Canadiens coach Jacques Lemaire, a former teammate during the franchises championship years. He would return to the sport in 1988, the same year he was inducted into the Hockey Hall of Fame. He would play one season with the New York Rangers, the two following years with the Quebec Nordiques — the eventual Colorado Avalanche — and retire again in 1991.

Along with Gordie Howe and Mario Lemieux, he is the only player to return to the league after induction into the HOF.