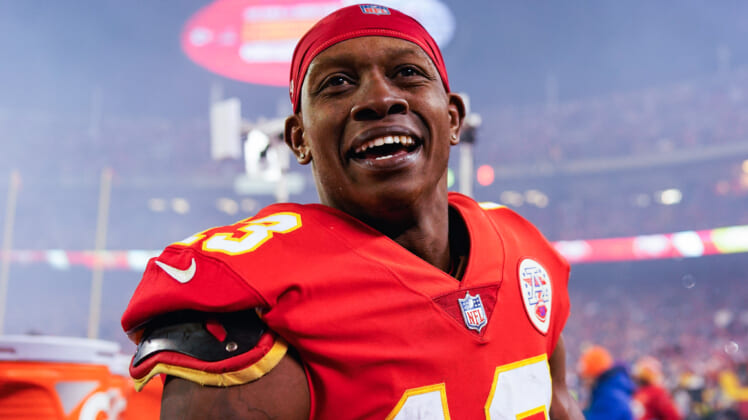 Unfortunately, Pringle might now miss some time due to the NFL’s personal conduct policy. TMZ Sports reports that the former Kansas State star was arrested in Florida Saturday evening. Authorities say that Pringle was busted doing donuts in his sports car while driving with a suspended license. The 28-year-old veteran also allegedly had his young son in the car at the time.

“28-year-old Pringle — an NFL vet out of Kansas State — was pulled over by Florida Highway Patrol in his Orange 2016 Dodge Challenger SRT Hellcat around 6 PM in Pasco County, FL after an FHP officer says he witnessed the car burning rubber, doing donuts on a public road, according to an incident reported we obtained.”

It’s not yet known if Pringle faces jail time. Charges are outstanding as of publication of this article. What we do know is that the veteran pass-catcher will likely face discipline from the NFL.

An undrafted free agent back in 2019, Byron Pringle caught 67 passes for 898 yards and seven touchdowns in three seasons with the Chiefs. He’s coming off a career-best performance in 2021 — recording 42 receptions for 568 yards and five touchdowns. It led to him signing a one-year, $4.13 million contract with Chicago back in March.