The Bills now have more than $11 million in cap space to play with, which could be helpful in signing the rest of their draft picks, including first-round DE Greg Rousseau. 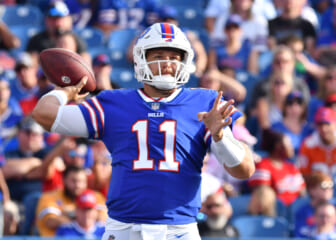 Diggs signed a five-year, $72 million extension with the Vikings in July 2018.