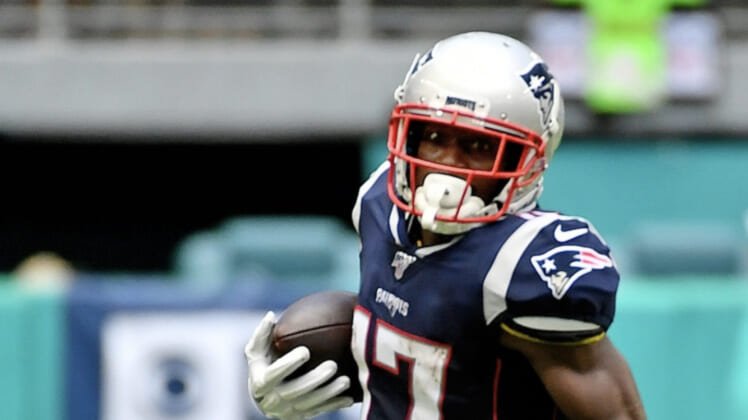 Antonio Brown is eyeing a return to the NFL and has made it clear he wants to reunite with Tom Brady and join the Tampa Bay Buccaneers. Unfortunately for the talented receiver, head coach Bruce Arians ruled out a signing rather quickly on Thursday.

In an interview with RADIO.com’s Tiki & Tierney, Arians was asked about the likelihood of the All-Pro receiver coming to Tampa Bay. Simply put, the 67-year-old made it clear he won’t be coaching Brown again.

The desire to play together was mutual for Brady, who reportedly wanted any team he signed with also to bring in Brown. Even immediately after signing Brady, though, the Buccaneers were viewed as an unlikely spot for the star receiver.

Arians’ position on Brown is understandable, whether it’s entirely related to the roster and cap space or not. Brown caused a lot of problems with the Pittsburgh Steelers and Oakland Raiders, then lasted less than two weeks with the New England Patriots after facing sexual assault allegations.

Besides, Tampa Bay’s offense is already loaded with two star receivers in Mike Evans and Chris Godwin. Pair that with Brady’s fire and arm strength that Arians still believes in, it’s easy to see why he thinks the Buccaneers are capable of winning the Super Bowl.