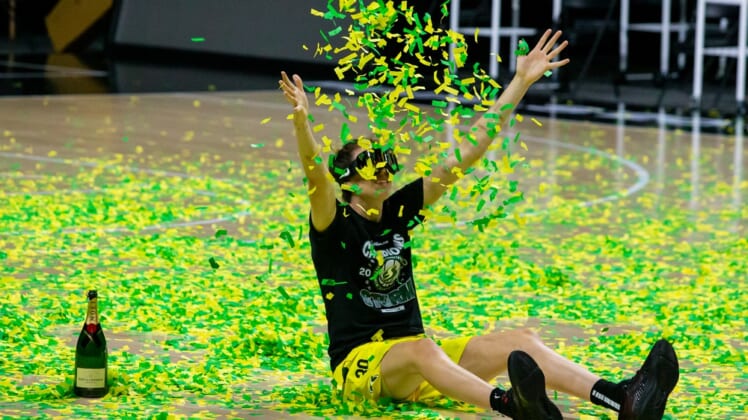 Stewart earned the honors for the second time this season after leading Seattle to a 3-0 record this past week. Seattle delivered double-digit victories against the Atlanta Dream (95-71, 86-75) and Connecticut Suns (89-66), with all three victories coming on the road.

With Connecticut Sun center Jonquel Jones away from the team playing in the FIBA Women’s Eurobasket, Breanna Stewart gained ground in the race for WNBA MVP. She currently ranks third in scoring (21.3), third in rebounding (9.6), sixth in blocks (1.7) and third in double-doubles (5). Just as importantly for voters, she is leading the Storm to the best record in the WNBA.

Tina Charles averaged 21.3 points and 8.3 rebounds this past week leading the Washington Mystics to a 2-1 record. In a June 10 matchup against the Los Angeles Sparks, Charles recorded her 158th career double-double moving into second place on the WNBA’s career double-doubles list.