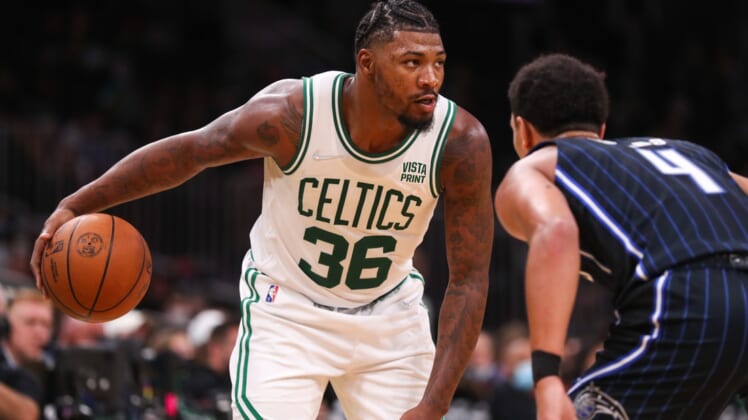 The Boston Celtics have reportedly suspended guard Marcus Smart for Friday’s preseason finale at Miami due to an unspecified breach of team rules.

According to Thursday’s report from The Athletic, Smart and team officials have resolved the matter and he is with the team for the Florida road trip.

Smart was one of several veterans who rested and did not appear in Wednesday night’s 103-102 loss at Orlando.

The Celtics open the regular season on Oct. 20 on the road against the New York Knicks.