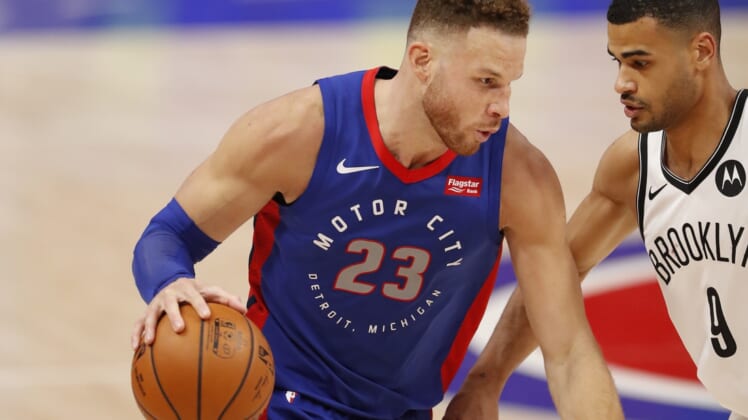 Forward Blake Griffin and the Detroit Pistons have agreed to keep the six-time All-Star out of the lineup while they work on a permanent breakup.

“After extensive conversation with Blake’s representatives, it has been determined that we will begin working to facilitate a resolution regarding his future with the team that maximizes the interests of both parties,” Detroit general manager Troy Weaver told ESPN. “We respect all the effort Blake has put forth in Detroit and his career and will work to achieve a positive outcome for all involved.”

With the Pistons (8-19 record) currently in a rebuilding mode, moving on from Griffin gives him the chance to find a role with a contender and gives Detroit the chance to provide younger players with more court time.

In a statement, Griffin told ESPN: “I am grateful to the Pistons for understanding what I want to accomplish in my career and for working together on the best path forward.”

Griffin signed a five-year, $171 million max deal in July 2017 with the Los Angeles Clippers, who traded him to the Pistons in January 2018.