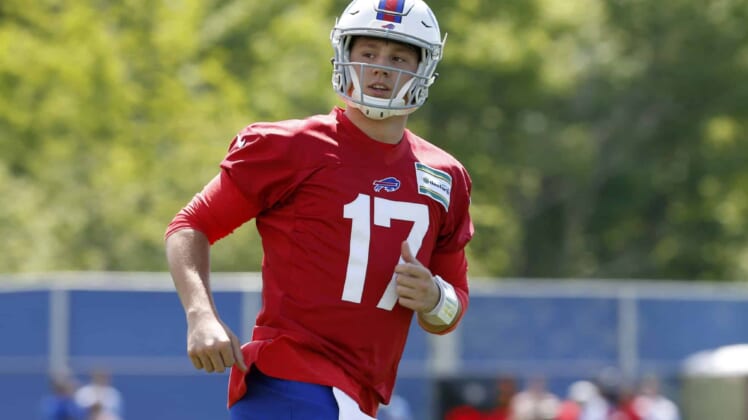 Thus far in the early career of Buffalo Bills first-round pick Josh Allen, the young quarterback has been working solely with the team’s third-string offense.

But according to head coach Sean McDermott, that’s all about to change. McDermott told reporters on Tuesday, per the team’s Twitter account, that “Josh Allen is going to continue to get reps with the third unit, but we’ll mix him in with the starters. That’s all part of his development plan.”

It’s good that the Bills are bringing Allen along slowly. He is a very raw product, though his arm talent is undeniably elite.

That said, we’ve speculated that if Allen shows enough progression this summer, the Bills have no real reason to keep him on the bench this year. Not when the other options are AJ McCarron and Nathan Peterman, at least.

One of Allen’s defensive teammates has already seen enough to express extreme confidence in the young quarterback, albeit with a painful caveat. It’s going to be fascinating to see what the Bills end up doing with this young man during the 2018 season.