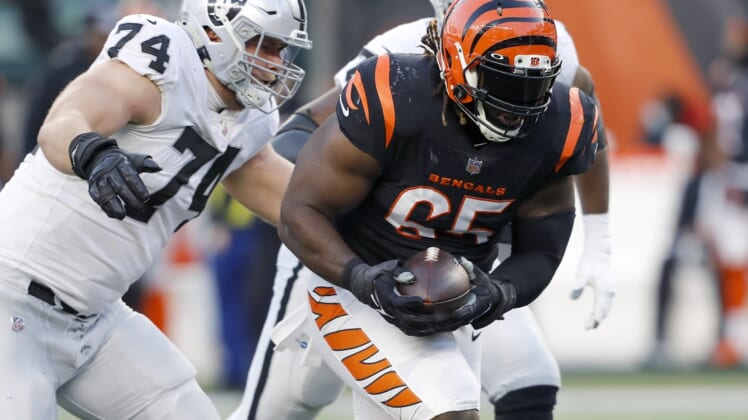 The Chicago Bears announced Friday they are not signing defensive tackle Larry Ogunjobi due a failed physical.

They agreed to a three-year, $40.5 million deal earlier this week, but the former Cincinnati Bengals starter is still recovering from January foot surgery.

“As I said before, Larry Ogunjobi embodies everything we are looking for in a Bear,” Bears general manager Ryan Poles said in a statement. “He is a special person and player. During the league’s negotiating window earlier this week, we agreed to terms with him, subject to him passing a physical here. After a standard and thorough physical and medical review with Larry yesterday afternoon, our medical team deemed him to have failed his physical and therefore, unfortunately, we are not signing him today. This is difficult and it is emotional for everyone involved, but ultimately is what is in the best interest of protecting the Chicago Bears.”

Ogunjobi, 27, had a career-high seven sacks, 49 tackles and 16 quarterback hits in 16 starts in his only season with the Bengals in 2021.