The woman that accused Los Angeles Dodgers pitcher Trevor Bauer of sexual assault last year has fired back in a court filing for the defamation suit the embattled star filed against her this year.

Last summer, a San Diego woman accused the 10-year MLB veteran of non-consensual rough sex in April and May of 2021, where he allegedly punched and choked her unconscious. The allegations led to an investigation by local authorities but no official charges we ever levied against the 31-year-old. However, the league did their own examination and put the one-time All-Star on leave during the 2021 season after making 13 starts for the Dodgers, in year one of a $102 million deal he signed the previous winter.

After their inquiry, MLB suspended Bauer for 324-games on April 29 of 2022 and he now stands to lose $60 million dollars in that time. A few days before his suspension was handed down, in an attempt to clear his name while he appeals the MLB ruling, Bauer filed a defamation lawsuit against the woman and alleged she lied, while also pursuing “bogus criminal and civil actions” and “made false and malicious statements [h/t ESPN]” that damaged his reputation.

Well, on Friday his accuser clapped back in her own court filing for the ongoing civil suit. In the retort from the accuser’s lawyers, filed in the US District Court for the Central District of California, she said her accusations were neither “false, misleading, or defamatory,” as Bauer’s suit claims. 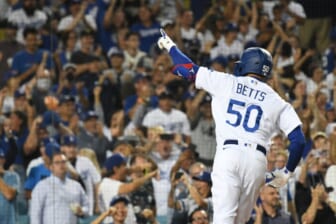 Three other women have since accused the pitcher of sexual assault, including two from Ohio. Bauer played seven years in the state as a member of both the Cleveland Guardians and Cincinnati Reds roster.