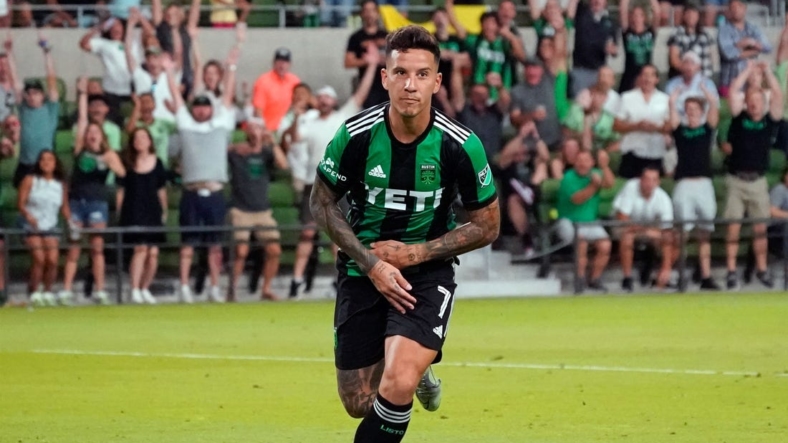 The top two teams in the Western Conference look to get back on the winning track when Austin FC hosts Supporters’ Shield leader Los Angeles FC on Friday in a highly anticipated showdown.

Both teams are coming off road losses, perhaps looking ahead to Friday’s dustup.

LAFC is nine points ahead of Austin in the race to claim the Supporters’ Shield. The Black and Gold have already clinched a playoff berth, the only team in MLS to do so after just 26 matches.

Austin is focused on earning a postseason spot in just its second season in the league.

Austin (14-6-6, 48 points) dropped a 2-1 decision in Minnesota last Saturday. Sebastian Driussi had the visitors’ lone goal in the loss, which snapped a six-match undefeated road streak.

“We have eight games left, we’re hopeful he can play in a majority of them,” Austin midfielder Owen Wolff said. “A player of his quality, Rigoni will give us different qualities. He’s coming into a good, strong attacking team already. We have a clear attacking orientation around Sebastian right now, but when you can have more balance around the field, you ask more questions (of the defense).”

Austin has scored in 24 of its 26 matches this season, most of any club in the league. Its past four matches have been a mixed bag — Austin has scored 10 goals over that stretch but also surrendered eight while going 2-1-1.

Driussi leads MLS with 18 goals and has scored nine times and assisted twice over the past nine games.

LAFC (18-5-3, 57 points) is the only team to have won twice in Austin, both last season. Austin beat LAFC 2-1 in May in Los Angeles and could become the only team to defeat them twice this season.

With a star-studded roster that includes Carlos Vela, Gareth Bale and Giorgio Chiellini, LAFC is on pace to break the all-time MLS points record (73), set last season by New England.

“Oh, yeah, this is a lot of fun,” LAFC midfielder Kellyn Acosta said. “When you’re winning, everything’s much more enjoyable, but it’s how we’re winning.”

LAFC will be without Ilie Sanchez because of yellow card accumulation.