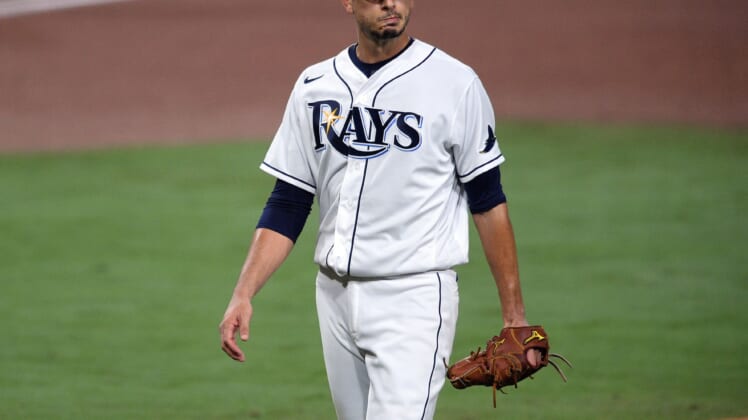 Braves rumors: The defending National League East champion Atlanta Braves are in need of some roster upgrades if they want to compete with the Los Angeles Dodgers for the title this coming season.

That includes looking for starting pitching and a bit more bullpen help. Atlanta has now made quick work in one category this winter. Scroll down for Braves-related rumors throughout the remainder of the offseason.

This is a pretty team-friendly deal for a Braves squad that recently signed fellow veteran starting pitcher Drew Smyly to a one-year, $11 million contract.

One year prior, the veteran righty pitched to a 3.05 ERA and 1.08 WHIP while winning 16 of 22 decisions for Tampa Bay. He also posted north of 200 strikeouts in each of the past two full seasons prior to 2020.

CHECK OUT: The 5 Most Wanted Baseball Cards From The 1990s – Includes Trevor Hoffman And Derek Jeter.

Braves ace Mike Soroka suffered a torn Achilles back in August. He was actually seen throwing on Monday, which is a great sign for the Cy Young candidate’s recovery. While the Braves have set no timetable for Soroka’s return, it’s said to be a 5-6 month recovery.

This makes the Morton signing that much more important. The team has now apparently filled out its five-man starting rotation, assuming Soroka will be ready for Opening Day.

That’s a pretty darn good starting rotation for a Braves team that hopes to compete for a World Series title after a brutal seven-game series loss to the above-mentioned Dodgers in the NLCS this past October.

Bookmark this page for more Braves rumors as the MLB hot stove season kicks off in a big way. We won’t disappoint.