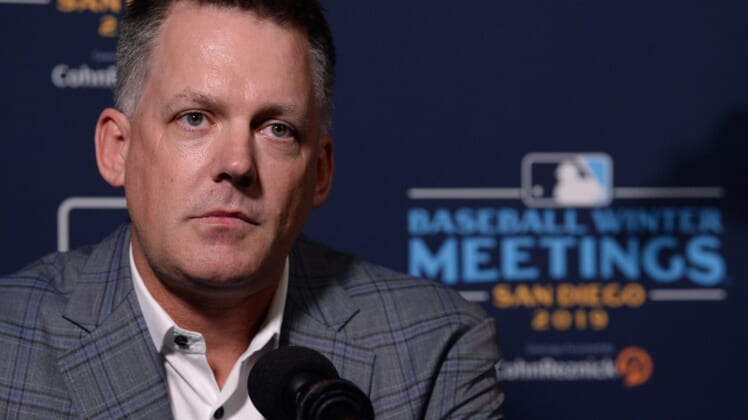 Houston hired Hinch as its manager in 2015 and the organization quickly climbed from one of the worst teams in MLB to a perennial contender and 2017 World Series champion.

In five season as the team’s skipper, Hinch held a 481-329 record with a 28-22 record in the postseason and two World Series appearances.

Luhnow was hired as general manager in 2011 and quickly helped put together a strong foundation. The 53-year-old received a contract extension in 2014 and was regarded as one of baseball’s best executives.

Now, both Hinch and Luhnow will serve the 2020 seasons away from baseball and are barred from any involvement until the conclusion of the 2020 World Series.

The Astros have named Joe Espada as the team’s new skipper moving forward. The 44-year-old received significant interest for multiple managerial openings this offseason but remained with the Astor.s

Crane announced that he will oversee baseball operations for the time being while the club looks to replace Luhnow internally. Pete Putila, who was promoted to assistant general manager this offseason, is a strong candidate to become Houston’s new general manager.