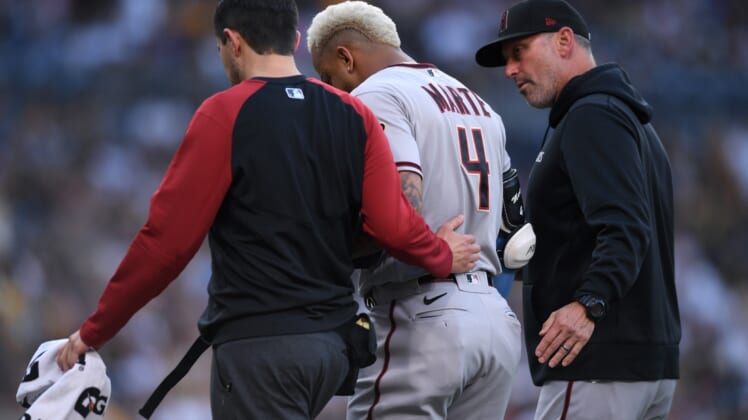 The move was made retroactive to Sunday.

Also on Monday, the Diamondbacks recalled right-hander Humberto Castellanos from Triple-A Reno. It marks his fourth stint with the team this season.

Marte, 27, left Saturday’s 10-1 win over the San Diego Padres after singling in the first inning and aggravating the injury. He had missed the two previous games after being removed from Tuesday’s 5-0 loss at the Milwaukee Brewers on a similar play.

A right hamstring injury earlier this season led to a stint on the injured list for Marte, who was sidelined from April 8 to May 18.