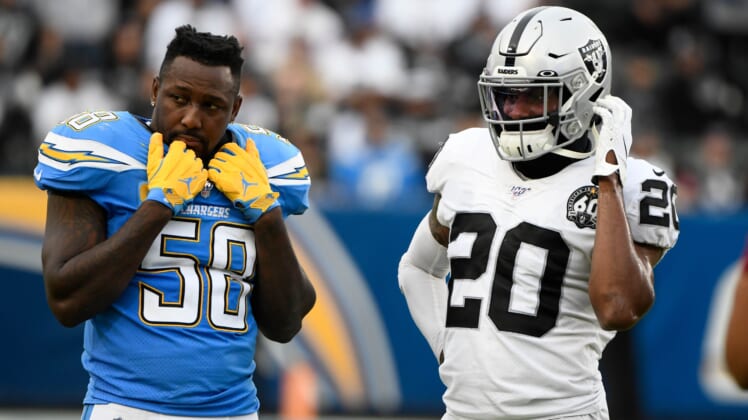 The Washington Redskins and new head coach Ron Rivera will have a familiar face in the fold next season. Days after being released by the Los Angeles Chargers, former All-Pro linebacker Thomas Davis has announced that he’s heading to the nation’s capital.

Davis, 36, played under Rivera with the Carolina Panthers from 2011-18. He’s considered one of the greatest defensive players in franchise history having earned three Pro Bowl appearances and an All-Pro nod.

The veteran recorded 112 tackles in 16 games (all starts) for the Chargers last season.