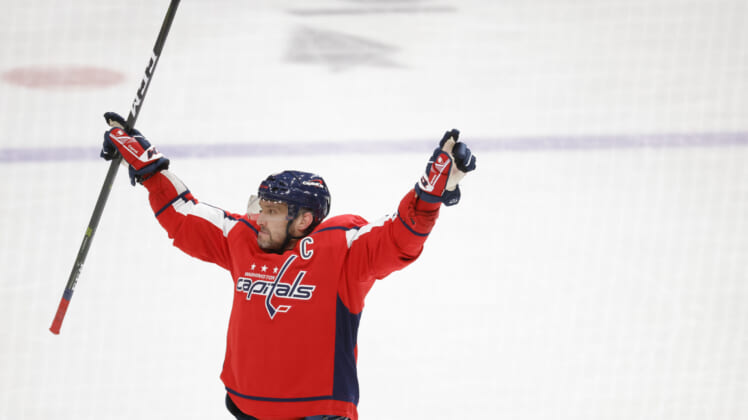 Alex Ovechkin’s hockey season ended a bit earlier than he would have liked, with the Washington Capitals eliminated in the first round of the NHL Playoffs for the fourth year in a row. Still, this extra time off allows for Ovie to get involved in other activities.

Typically during an athlete’s offseason, we’ll hear about spending time on vacation as they relax from a long and grueling season of physical activity. But not for the 36-year-old Ovechkin.

No, instead Ovechkin’s been staying competitive, even trying other sports this offseason.

After 17 years in the NHL, it’s clear, Alex Ovechkin, as a 12-time All-Star is a goal-scorer. He’s racked up 780 goals in his NHL career, so why not add another, right?

Only this one looks a lot different.

Ovechkin recently signed a one-day contract with soccer club FC Dynamo Moscow, agreeing to wear the No. 3 on his jersey. The three-time Hart Trophy winner took the field later that day, playing in his first, and probably last game with his new team.

Of course, in standard fashion, Ovechkin scored a goal. Not sure if it qualifies as an Ovie one-timer, but a goal’s a goal.

While this was just an exhibition match, the look on Ovechkin’s face showed it meant much more. Ovechkin’s team for the day won 5-0 over Amkal.

While this goal won’t help him narrow his 21-goal gap behind Gordie Howe for second-place all-time in NHL scoring history, it’s the latest example of Ovechkin’s sniping ability on full display. Or maybe not, either way, it’s cool to see him having success in another sport.