Alabama football head coach Nick Saban is going to be short-handed for the team’s bowl game due to a slew of transfers this season, and he let the media know all about it and his dislike for the transfer portal on Friday.

It is probably safe to say that the Alabama Crimson Tide’s stranglehold on the top of the college football world has finally ended. The university became a national powerhouse and then an NFL factory as Saban was able to put together the best-recruiting classes every year over the last decade. However, the introduction of NIL rules finally allowed players to make money off their likenesses and gave more schools a better chance of competing with the top programs.

Due to the influence of NIL rules, the NCAA transfer portal has become as prominent as recruiting in the spring. It has had a massive effect on Alabama football in recent years, and 12 scholarship players in 2022 alone have entered the portal. Four of them have moved on since then, however, others have yet to find new schools.

Nick Saban revealed Friday that he offered many of them the chance to compete in the team’s Sugar Bowl game against Kansas State on New Year’s Eve, but they all turned the 71-year-old down.

“I gave them all the opportunity to play in the game if they wanted to, and they didn’t. I don’t know if that’s a good thing for players, not to have to stay committed to their team for an entire season,” Saban said at the Alabama football Sugar Bowl media day (via Alabamarivals.com).

During his press conference, the seven-time National Champion questioned the NIL rules — as he’s done often in the past — and the transfers caused by them. Claiming the new system might have a trickle-down effect on high schools as some collegiate athletes have lost sight of the fact that the “reason you go to college is to create value for your future.” 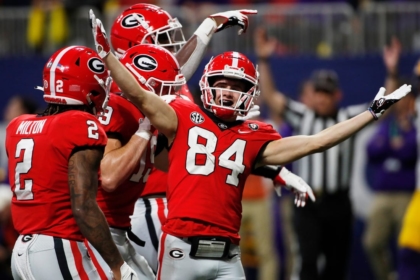 While his frustrations with players that transfer are well documented, the Alabama football coach claimed that their week of practice for the All-State Sugar Bowl was the “most enjoyable bowl practice experience we have ever had.” That may be due to the lack of what Saban called, during a Thursday appearance on his radio show, “energy vampires.”

“You have guys on your team sometimes that I call ‘energy vampires,’ you use all your energy on these guys trying to get them to do what they’re supposed to do. Those are the kind of guys that don’t end up playing in bowl games and don’t end up doing the best thing and make the best choices and decisions for the team and all that because they’ve got other motives.”

The Alabama football game versus Kansas State takes place on Dec. 31 and will serve as the first of a triple-header of matchups on ESPN that kicks off at 12 PM ET.