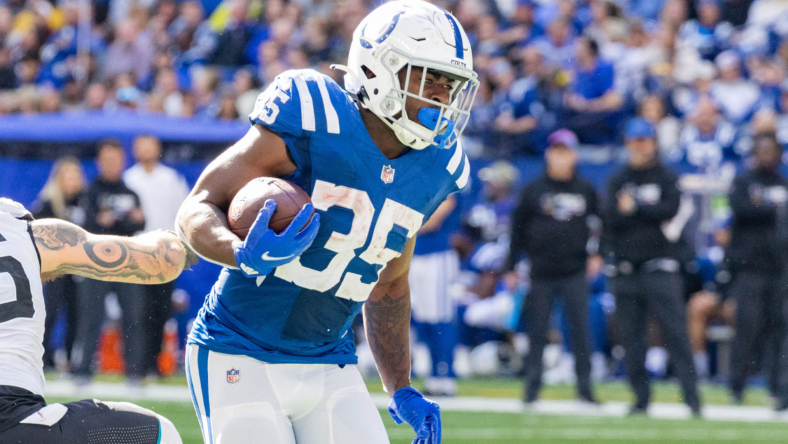 The Indianapolis Colts came into their Week 6 game with the Jaguars game looking bad. The offense was broken and uninspiring, and in fact, the last time these teams faced off, the Colts were shut out.

Then both Jonathan Taylor and Nyheim Hines were ruled out on Saturday. So, that meant another week of Deon Jackson and Phillip Lindsay running the ball. The good news was that rookie Alec Pierce and Michael Pittman, Jr. would both be back. Their presence would help keep the box from being stacked for Jackson and Lindsay and lead to an unexpected Colts victory over Jacksonville.

Related: NFL scores – Find out the big winners and losers from the Week 6 NFL slate

What happened to the vaunted Colts rush defense?

Coming into the game, Trevor Lawrence had looked Hall-of-Fame-worthy against the Colts and he had only been sacked four times. On Sunday, the Colts got to him four different times alone. Coincidentally, those were the only four hits on him all game. From an average rush standard, he was the worst at 3.8 yards.

This segue’s us nicely into the area where the Colts’ strength was actually its weakness this week. Ahead of this game, the Colts had one of the best rushing defenses in the league.

Jacksonville ran the ball 33 times for 243 yards, 7.4 yards per carry, and three touchdowns. Not only that, they got a 61-yard touchdown and another 48-yard rush. With this running game working so well, it limited them to only 20 pass attempts. The Colts rush defense will not like this week’s film review. 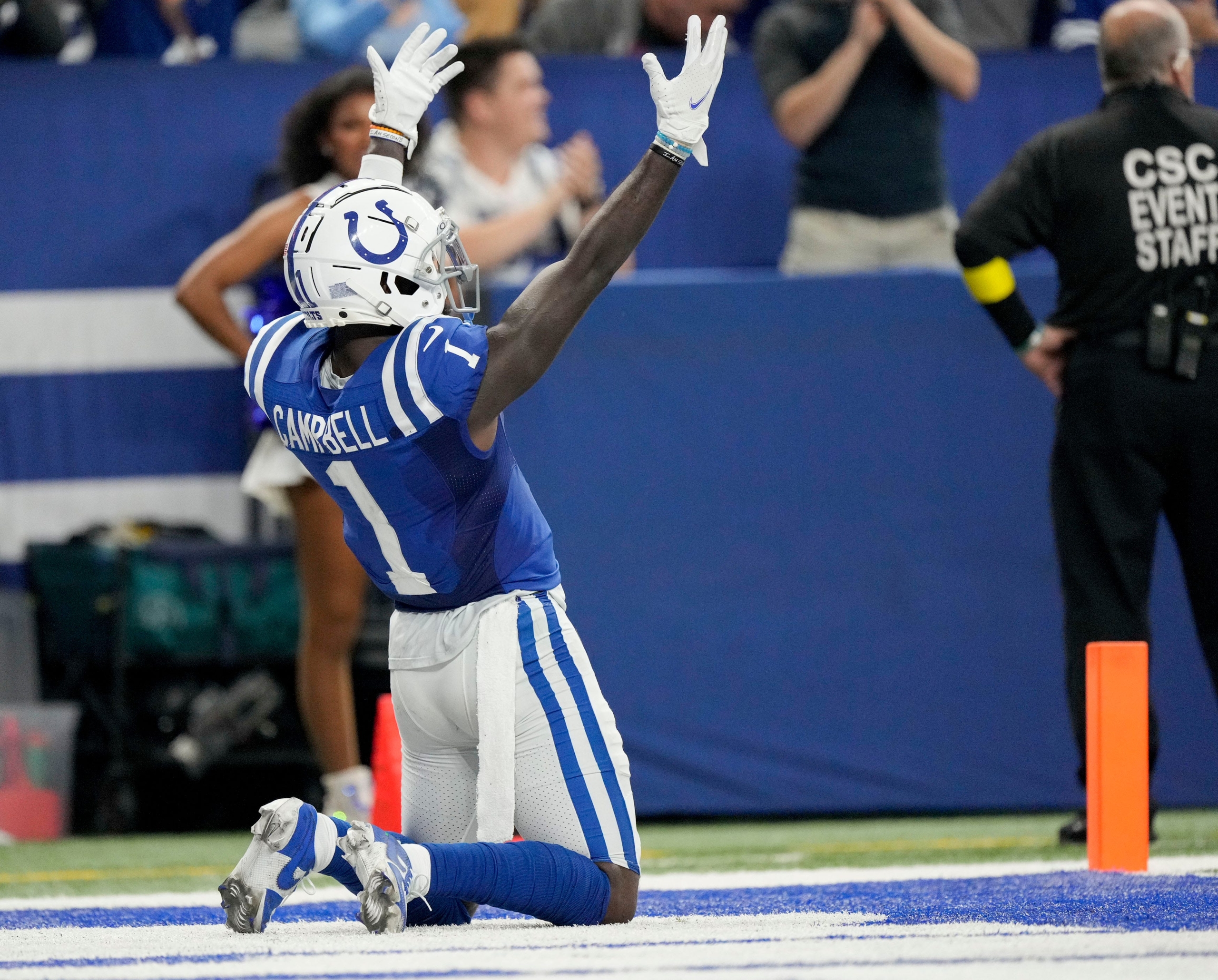 The Colts’ first half of football is often water trash. The team just plays like they have no clue the game has started or what they’re supposed to do. Or even what their opponent likes to do. Then the second half comes and they look like an NFL team. For example, this is now the eighth consecutive game where the team went into halftime trailing. Maybe one Sunday they’ll break this streak. However, at this time nobody should expect anything different.

As previously mentioned, Jonathan Taylor and Nyheim Hines were both ruled out of the game. That meant more playing time for Deon Jackson and Phillip Lindsay. This duo did well last week in Denver. Jackson got the more snaps between the two, even though the two were a 50/50 split in total running back opportunities.

This week it was all Jackson. He rushed 12 times for 42-yards, averaging 3.5 yards per carry. He was also a perfect 10/10 on targets and catches for an additional 79 yards. That touchdown should be featured on Good Morning Football’s Angry Runs.

With two weeks’ worth of tape now on the Colts’ offense without Taylor, and the running game being good, is this taking money out of Taylor’s next contract and possibly making a case for him not to remain in Indy? Food for thought. 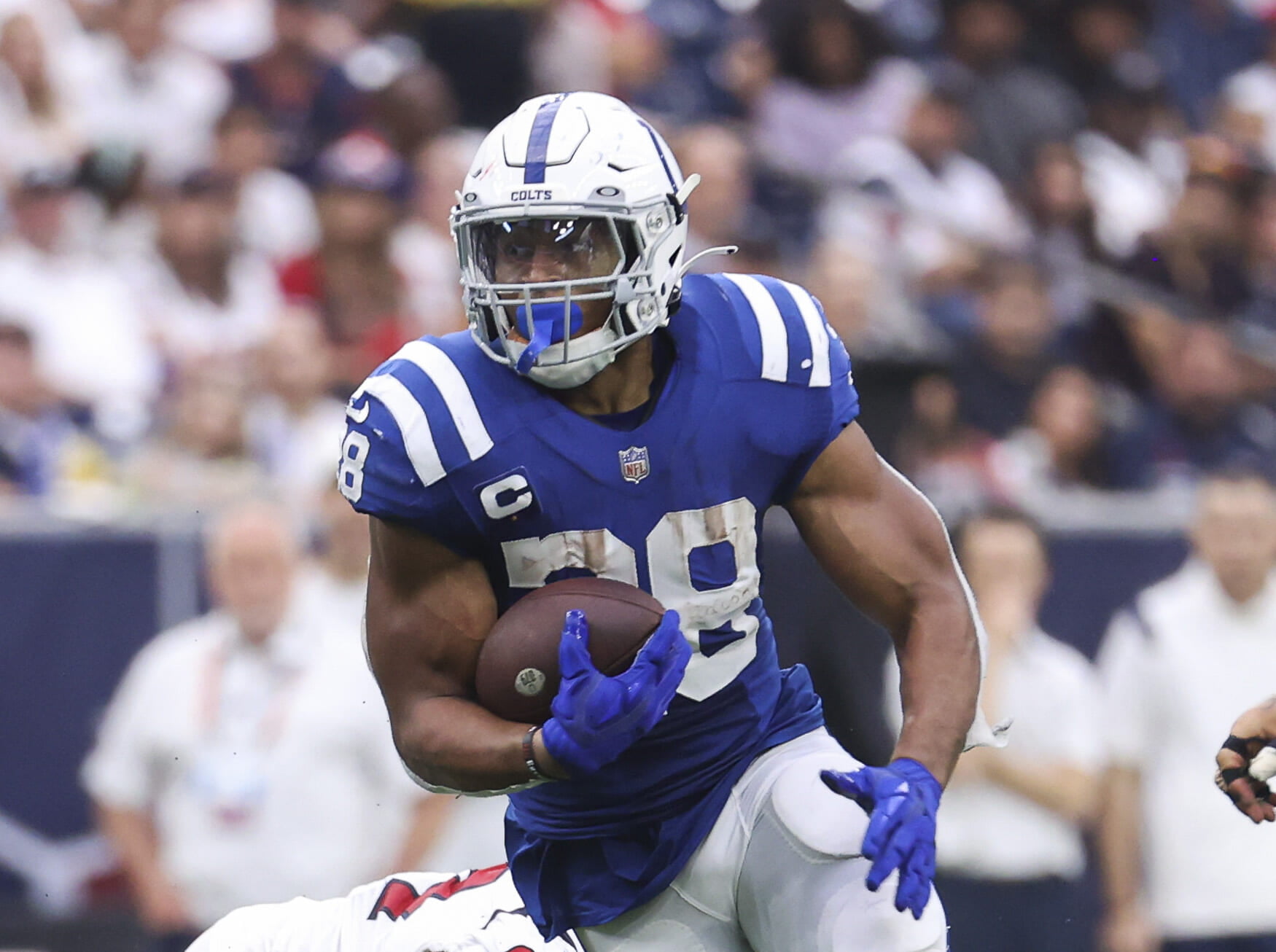 The Indianapolis Colts were on one of the most incredible streaks in the NFL. Through the first five games of the season, they had allowed their opponents zero points in the fourth quarter. This matches the 1995 San Diego Chargers record. Unfortunately, Jacksonville broke this streak with their fourth-quarter touchdown.

But the Colts are now on their first winning streak of the ‘22 season. It’s also their first game scoring over 20 points. Snapping their seven-game streak. And a final streak that ended, was their five quarters without a touchdown. Some notable streaks all came to an end this week.

The Colts take on Tennessee next week and hope to end their four-game losing streak against them. Possibly the best thing to come from this game is hope. For the first time in five weeks, the Colts gave their fans reason to hope that more wins are in the future.