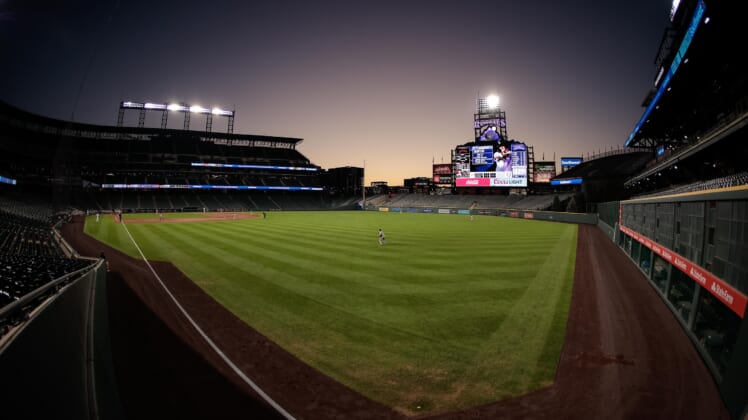 Sep 1, 2020; Denver, Colorado, USA; A general view of Coors Field in the third inning of the game between the Colorado Rockies and the San Francisco Giants. Mandatory Credit: Isaiah J. Downing-USA TODAY Sports

The drama we saw late last week when MLB opted to pull the 2021 All-Star Game from Atlanta in the wake of Georgia restricting voting rights has now been taken to a whole new level.

According to ESPN’s Buster Olney, the 2021 MLB All-Star Game has been moved to Coors Field in Colorado, the home of the Rockies.

By now, it’s well known that Republican state leaders in Georgia voted recently to restrict access to voting after President Joe Biden earned an upset victory over Donald Trump in the state during November’s Presidential Election.

MLB made the first of what has been many moves from big-time corporations within the state to call out Georgia over the new election laws. In the process, the league announced that it would move the midsummer classic.

The 2021 MLB All-Star Game is slated to be held July 13. This move also means that fans will be allowed to attend the otherwise meaningless game after the COVID-related issues around the sport in 2020. As of right now, the Rockies are allowing a capacity of 21,363 fans for games at Coors Field.

The hope here is that as vaccination numbers increase in the United States, this number will be much higher come mid-July. As for the game being played in Mile High, it’s going to be an absolute blast. That’s especially true when it comes to the MLB All-Star Game Home Run Derby.