With the 2018 PGA Tour’s regular season now finished, we turn our attentions to the quest for the FedEx Cup.

Who are the top contenders to win and take home the $10 million?

Tiger Woods is the only man to claim the FedEx Cup on two separate occasions. We would not be surprised to see him win a third time. By the same token, we wouldn’t be surprised to see other past champions like Rory McIlroy, Jordan Spieth, and Justin Thomas in the mix. Even if we’ve seen better golf from them in the past, all three are too hard to ignore.

While Patrick Reed has cooled off a bit since his major triumph, Brooks Koepka and Francesco Molinari are still riding high. So high, in fact, that each man checks in ahead of world No. 1 Dustin Johnson. But which red-hot major winner gets our top spot?

These are the top-15 contenders to claim the 2018 FedEx Cup, ranked.

Which Bubba will show up for the FedEx Cup Playoffs? Will it be the man who’s missed five cuts this year, including in three of his last four events? Or, will it be the guy who’s won three times on the year? Bubba tends to play to one extreme or the other. One way or another, it will be nearly impossible to look away. His inconsistency means that we can’t rank him any higher, despite his unquestioned talent. But given what Bubba can do when all cylinders are firing, he belongs in our top-15.

With a win at the Masters and a fourth place finish at the U.S. Open, 2018 was shaping up to be a great year for Reed. But things have been a little bumpy since. Reed has posted only one top-10 finish since Shinnecock and has two missed cuts over the same period of time. It’s hard to discount Reed. He’s a supremely talented golfer. With the Ryder Cup looming, we know that Captain America will be pushing hard to get his game into shape. But the magic that Reed had in the spring and early-summer hasn’t carried through. We can’t overlook him, but other golfers are certainly playing better.

Finau hasn’t won since 2016. But even without that victory, he’s been one of the world’s most consistent players in 2018. He made the cut at all four majors and missed only three cuts on the season — only one of those coming since March. Finau has also posted six top-10 finishes on the year, including in three of the majors. On top of that, Finau made a strong impression in last year’s playoffs, finishing T-7 in each of the last two events. Additionally, with a strong FedEx Cup, it’d be awfully hard for Jim Furyk to ignore Finau as a potential captain’s pick for the Ryder Cup.

Like Finau, Simpson made the cut at all four majors in 2018. Unlike Finau, Simpson won a tournament on the season, claiming THE PLAYERS Championship. Simpson is kind of the antithesis of Watson, his frequent Ryder Cup partner. Simpson does have three missed cuts on the year. But in addition to his win at Sawgrass, he has a runner-up finish and three other top-10s. He’ll probably need to break through for one more win to have a real chance at the FedEx Cup. But given Simpson’s tendency to hang around the top of the leaderboard, that’s anything but a longshot. 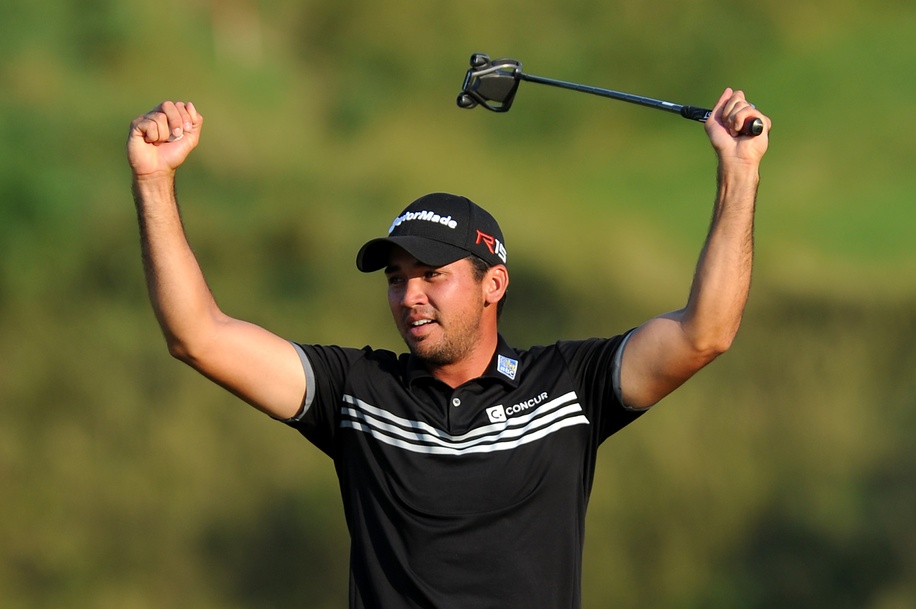 Not unlike Reed, it’s hard to shake the feeling that Day might have peaked a little too early in the year. He won during before in the early part of the season. But since finishing T-5 at THE PLAYERS, Day has recorded only one top-10 finish. That said, while the summer months haven’t quite been as magical to Day as the early season was, he hasn’t gone into the tank. Day has finished no worse than T-19 in each of his last four events. That’s a sign that he’s close. If Day makes that extra leap, very few golfers can hang with him.

Since the FedEx Cup’s 2007 inception, Tiger remains the only multi-time champion. He’s still yet to win in 2018, which keeps him from coming in any higher on this list. That said, since missing the cut at the U.S. Open, Woods has finished T-6 or better in three of the four events he’s teed it up in, including both the Open Championship and PGA Championship. His game is trending in the right direction. A good postseason performance is a distinct possibility. If that happens, it would definitely put a strong stamp on what’s already been a fantastic comeback season.

Without any wins to his credit, there’s no doubt that 2018 has been a down year for Spieth. But Spieth does have five top-10 finishes on the year. Counting the number of golfers who wouldn’t love that as a bad year would be a short exercise. Additionally, Spieth won the FedEx Cup championship in 2015, was a runner-up to Justin Thomas in 2017, and has two other top-10 finishes. So, he definitely brings his A-Game during this time of year. It wouldn’t be terribly surprising to see Spieth turn it on and make a real run at the $10 million.

Given that his lone 2018 win (to date) was in January, we could say that Fleetwood peaked a little too early. But since then, things have gone pretty well. Since winning in Abu Dhabi, Fleetwood finished second at the U.S. Open, had four other top-10 finishes, and made the cut at all four majors. He’s also finished no worse than T-35 in his last four tournaments and finished T-14 or better in three of them. We definitely get a feeling that some good times are in Fleetwood’s future — and that future may not be too distant. 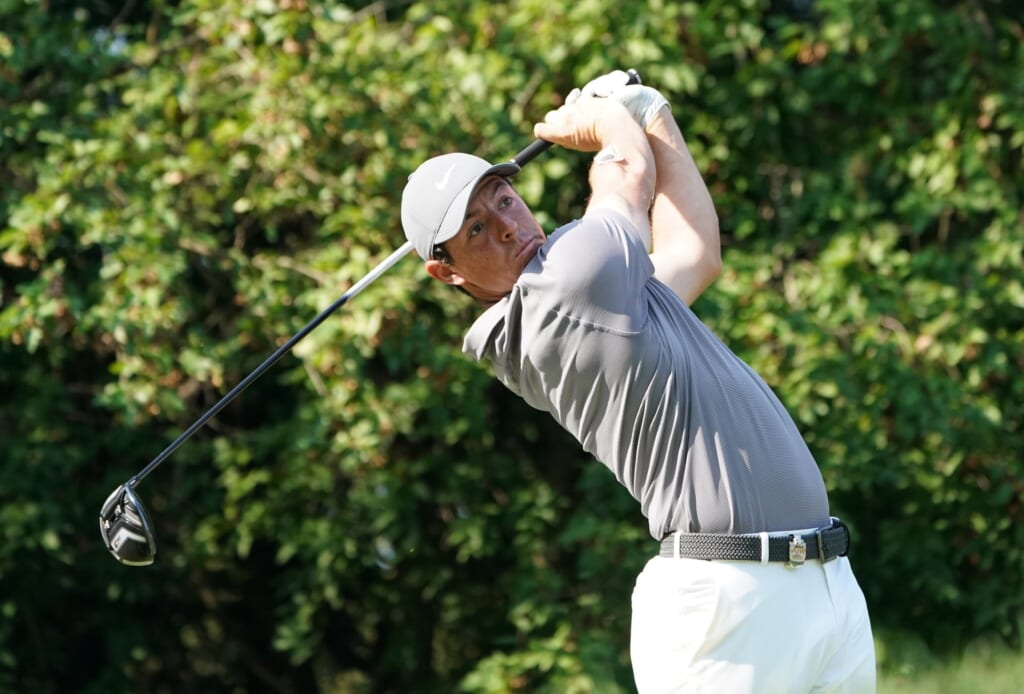 While McIlroy does have a win in 2018, his year has felt similar to Spieth’s. Yes, most golfers in the world would gladly sign for it at the beginning, but it doesn’t quite feel like everything has clicked for the former world No. 1. With that said, McIlroy won the FedEx Cup two years ago. And much like the aforementioned Reed, he’ll definitely be working hard to sharpen his game with the Ryder Cup looming right after the TOUR Championship. McIlroy’s game may not be at its best. But with a T-2 and a T-6 in two of his last three starts, he’s not exactly lost in the woods, either.

Rahm is a very emotional player. The bad news is that sometimes, bad shots can spiral into bad holes, bad rounds, and even bad tournaments. The good news? That doesn’t seem to happen too often. Yes, Rahm does have two missed cuts this year (the U.S. and British Opens). But he’s also won twice, finished second another time, and had five other top-10s, including the other two majors. Additionally, while two of the four tournaments will be held at different venues from a season ago, Rahm finished no worse than T-7 in any of the four FedEx Cup events in 2017. He’s in with a real chance to improve in 2018.

Thomas was the Player of the Year and was the FedEx Cup Champion in 2017. He’s followed that monster year up with a rock solid 2018. Thomas has two wins, a runner-up, five other top-10 finishes, and only one missed cut, which came at the British Open. But Thomas made the cut in the year’s other three majors, finishing in the top-25 each time. In the tournament before his missed cut at Carnoustie, Thomas finished T-8 at the Open de France. At the two subsequent events, Thomas recorded a win at the Bridgestone and a T-6 at the PGA. So, he’s definitely heading into the playoffs strong.

Rose hasn’t missed a cut since the 2017 PGA Championship. In the subsequent year, he’s won three times around the world. While Rose didn’t win a major in 2018, he did have the lowest combined score of the 11 players to make the cut at all four events. Additionally, while his 2017 FedEx Cup didn’t quite match Rahm’s, we’d be remiss if we didn’t mention that Rose finished in the top-10 of all four playoff events a season ago. Rose may not be the best bet to win the FedEx Cup (though he’d close). But he is likely the best bet to have a high finish.

The No. 1 ranked golfer is only No. 3 on our list. But really, that says more about our next two golfers than it does about Johnson. DJ has won three times in 2018, had another second-place finish, and six other top-10s. And while Johnson’s never won a FedEx Cup, he does have four career wins in the individual events. So, he definitely knows how to go low at the end of the year. With all of that in mind, it would not be remotely surprising to see Johnson add a FedEx Cup title to his already impressive career resume. 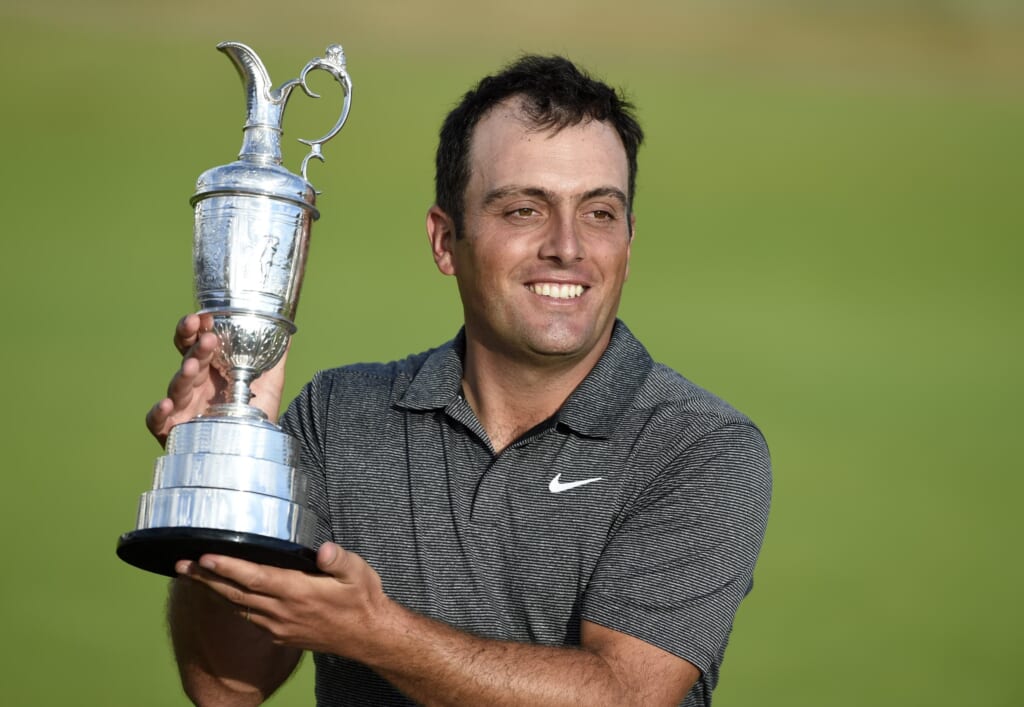 A FedEx Cup championship would be a fitting way to wrap up what’s been a fantastic summer for Molinari. Since missing the cut at THE PLAYERS Championship, Molinari has won three times, including the British Open. He’s only finished out of the top-25 in an individual tournament once in that stretch, and out of the top-10 twice. The FedEx Cup is often about who’s playing best at that given moment. Right now, one would have a hard time finding a golfer playing as well as Molinari.

Injuries have limited to Koepka to only 11 events in 2018. But he to backed up his 2017 U.S. Open win with another U.S. Open title and a PGA Championship win in 2018. We could stop there. But in addition to the two major wins in 2018, Koepka also posted one runner-up and another fifth-place finish. Four top-fives in 11 events is a pretty good batting average. That, plus three major wins in two years, is a sign of a supremely talented and consistent player. We wouldn’t be surprised to see any of these golfers claim the FedEx Cup. But as good as their 2018 seasons have gone, the top spot belongs to Koepka.