The 2018 season has provided fans with many great things. No-hitters, record-setting paces, some great baseball and, of course, breakout MLB players.

It happens every year. Several players who fans may not have been familiar with before the season quickly earn their affection after a few months of great production.

All across the country, on teams both good and bad, new players emerge as the engine that drives their franchises. This season, baseball seems to have provided us with even more new stars of the game than we see most years.

These are baseball’s 15 most impressive breakout players this season.

When any player comes from overseas and can stick in the majors during his first season in the United States, it’s considered a success. In the case of Ohtani, the 23-year-old has blown expectations out of the water and become one of the game’s best players.

As a pitcher, the rookie’s 3.35 ERA is excellent across seven starts given it’s his first time against some of the best players in the world. His ERA becomes even more impressive when you considered he pitched through a blister injury in starts against the Boston Red Sox and Houston Astros. Outside of those two outings, in which he allowed seven runs in 7 1/3 innings, Ohtani’s ERA sits at 2.18. Meanwhile, the righty has three games with nine-plus strikeouts and 52 strikeouts across his seven outings.

At the plate, Ohtani continues to deliver whenever he is in the lineup. In 94 at-bats, the left-handed batter has a .319/.385/.606 slash line with six home runs, seven doubles and 19 RBI. At this point, Ohtani is well beyond the Rookie of the Year discussion and now firmly in the MVP discussion.

Tampa Bay entered the season with Chris Archer as its ace and high hopes that he could be a stabilizing force for what has been a shaky rotation. Instead, Snell established himself as the new face of the franchise and the light of hope for the team’s future.

After the southpaw tossed six shutout innings against the Boston Red Sox Thursday, he lowered his season to 2.78 and cut his WHIP down to 1.02. The 25-year-old now sits at 69 strikeouts on the season and is quickly becoming one the American League’s best southpaws. Snell, who was demoted to Triple-A Durham twice last season, now carries a 2.94 ERA in 22 starts dating back to last August.

If the Rays continue to rebuild and end up trading Archer, the front office can feel confident it has an ace ready to step into Archer’s role. 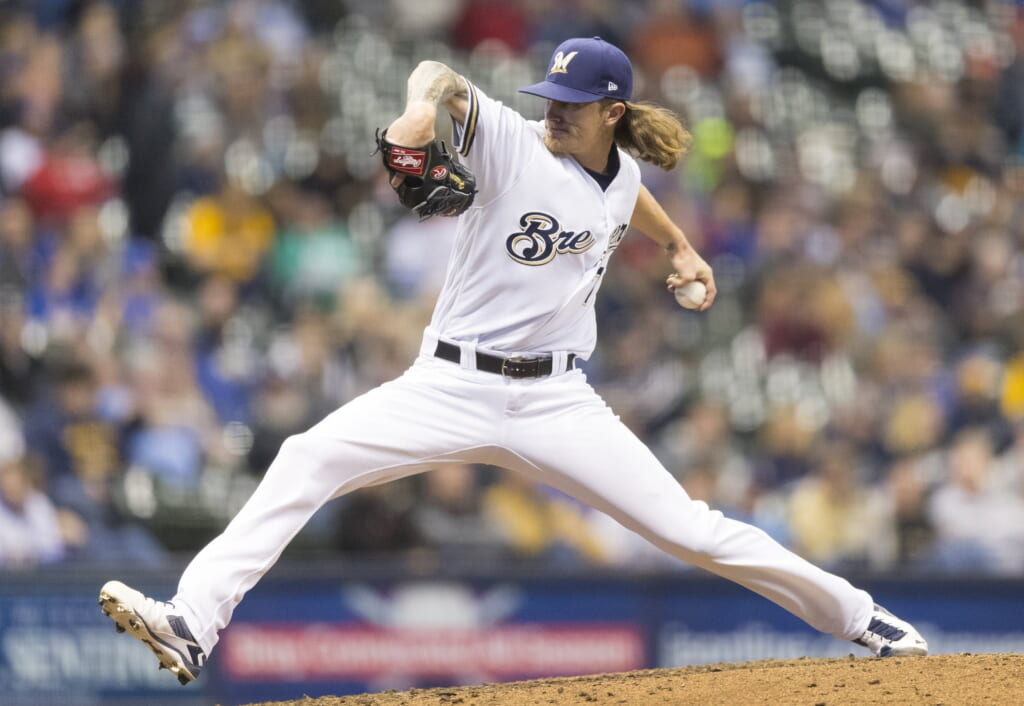 Just two seasons ago, Hader rated as one of the top-40 prospects in baseball by MLB.com. Many saw the electric stuff out of the southpaw’s arm and imagined the possibilities of a front-line starter if he could just harness it.

Milwaukee could have exercised caution and kept him in Triple-A to develop more as a starter to improve his command. Instead, the organization brought him up and converted him into a multi-inning reliever in 2017.

The 24-year-old dazzled as a rookie with a 2.08 ERA and 68 strikeouts in 47 2/3 innings. This season, Hader has become the best reliever in baseball with a 1.23 ERA and 58 strikeouts in 29 1/3 innings. He ditched his changeup and focused on a two-pitch approach with his fastball and slider. Now Hader is on his way to making the All-Star team and leaving 29 other clubs hoping they can develop their own version of him one day.

Especially among Giants fans, Belt has been underappreciated for his production in San Francisco. Despite that, his combined numbers between 2015 and 2016 in which he posted a .278/.377/.476 slash line with 35 home runs, 150 RBI and 150 runs scored, are very strong.

This season, the 30-year-old producing at a level all fans can appreciate. Through 47 games, he sits at 11 home runs, 29 RBI, 29 runs scored and a .316/.413/.585 slash line. Not only is Belt on pace for career-best marks, but he is Belt is San Francisco’s best player and arguably the best first basemen in the National League this season.

It wouldn’t be a breakout player list without Albies. Atlanta’s MVP thus far in 2018, the 21-year-old transformed from a great contact hitter into the early favorite to win the Silver Slugger award at second base.

Through 48 games this season, the switch-hitter carries a .280/.323/.575 slash line with a .898 OPS, 15 doubles, 14 home runs and 34 RBI. He might already be the best second baseman in the National League and could establish himself as one of the elite infielders in the game if this continues. 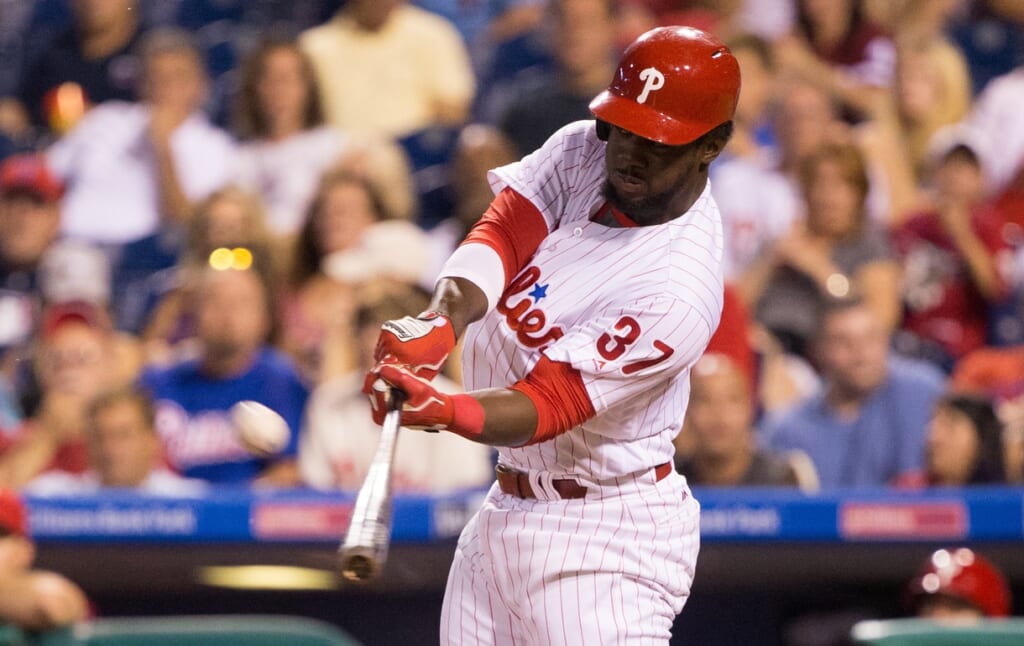 As the Phillies rise into prominence, Herrera serves as the beating heart of their offense. In 46 games, the 26-year-old is enjoying a breakout season with a .343 batting average, .941 OPS, 30 RBI and seven home runs. He is consistently a threat to reach base, either by walk or base hit, serving as the perfect presence as Philadelphia’s third hitter in the order.

A potential All-Star in center field, Herrera’s continued success will be critical for the Phillies make the playoffs for the first time since 2011.

An offseason trade from the Arizona Diamondbacks to the Mariners was meant to be the start of an opportunity to excel in 2017. Unfortunately, injuries limited him to 98 games and capped his production to 16 home runs, 47 RBI and a .282/.352/.491 slash line.

As the Mariners deal with numerous injuries (and a shocking suspension), Haniger is helping the team keep pace with the Astros in the American League West. One can only imagine how this team will look when Dee Gordon and Robinson Cano return, making this a team to watch all season long.

In just his second year in the majors, this 25-year-old is raising eyebrows across baseball. With 10 starts under his belt this season, Pivetta registered an outstanding 1.08 WHIP and backs it up with a 3.23 ERA over 53 innings of work. The right-handed starter averages six strikeouts per start and has displayed impressive command with only 12 walks allowed on the season.

What’s even more impressive than his numbers is that Philadelphia landed him in 2015 when they unloaded relief pitcher Jonathan Papelbon on the Washington Nationals. Pievetta’s numbers would seemingly make him the ace of several rotations, but he finds himself third in Philadelphia’s deep rotation. 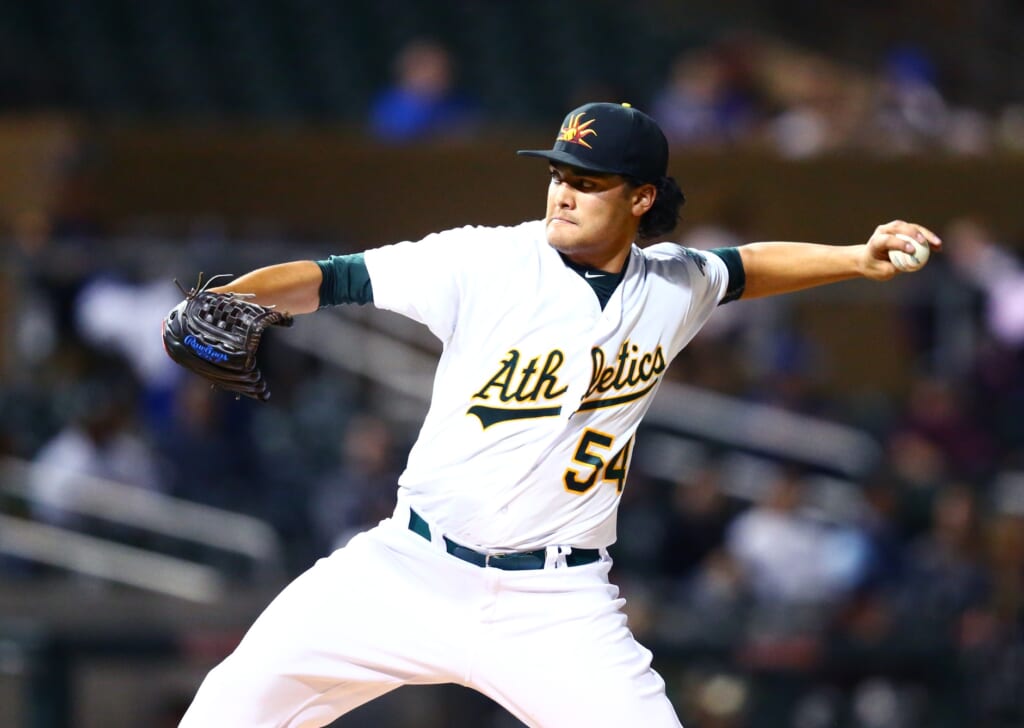 The 26-year-old southpaw threw a no-hitter against the Boston Red Sox on April 21, and even after a bad four-game stretch in May with 15 earned runs allowed in 22 2/3 innings, Oakland’s ace still holds a 2.71 ERA.

Even more noteworthy, Manaea’s 0.86 WHIP after 10 starts is the fifth-lowest among qualified pitchers. In just his third season, Manaea is on pace to set a career-low in walks and a career-high in strikeouts as his command continues to improve. Oakland has its ace, and with more talent on the way, the future is bright for this organization with Manaea atop the rotation.

Relief pitchers that make half of their appearances at Coors Field don’t often find themselves ranked amongst the league’s best relievers. The high altitude is unfriendly and can inflate a reliever’s ERA, especially given their limited workload. In Ottavino’s case, his ERA at home inflates to 2.00 in nine innings with a 0.36 batting average allowed, his numbers are simply phenomenal.

Consider his dominance at home and pair it with near perfection outside of Coors Field — a 0.51 ERA, 32 strikeouts and only six hits allowed in 17 2/3 innings pitched. The 32-year-old, who last season recorded a 5.06 ERA and 1.63 WHIP in 53 1/3 innings, is experiencing an even greater breakout than we saw from him back in 2013.

After 25 games, the righty owns a 1.01 ERA and a 0.64 WHIP. With those numbers, opposing teams are happy when they can even get a runner on against him. While Wade Davis is Colorado’s closer, the best reliever on the team is clear.

It still seems unfathomable at times that Mazara turned 23 on April 23, since he is already playing his third full season in the majors. After consecutive 20-homer seasons with a sub.-.750 OPS, Mazara sits at the 50-game mark with 11 home runs and an .832 OPS.

Even more impressive, the left-handed hitter has shown tremendous improvement against southpaws. After he slashed .228/.286/.316 versus lefties last season, Mazara’s line versus them in 2018 sits at .262/.314/.523. He is one of the few bright spots on a bad team, but he should give fans in Texas some hope for the future.

If you ask most fans who the best catcher in the National League is, a majority will name Buster Posey. While he certainly carries the resume (and makes some insane plays), it’s actually Cervelli that is putting up better numbers this season. The 32-year-old leads N.L. catchers in home runs (seven), on-base percentage (.399) and slugging percentage (.532) with the second-most RBI (27) this season.

The veteran, who was always respected for his defense behind the plate, is now establishing himself as one of the best overall catchers in baseball and certainly the most productive this season.

After he displayed flashes of being a potential ace last season with a 3.54 ERA and 1.21 WHIP, the 24-year-old now finds himself in the running for the Cy Young award. While his numbers may not quite be on par with Max Scherzer, Nola’s 2.37 ERA is the fifth-best mark in the N.L. and he is tied for second in wins (six).

It seems Philadelphia has found its ace. The Phillies can feel confident in him no matter the opponent. When you pair him with Pivetta and Jake Arrieta, this team has a trio it can count on if they make it to the playoffs. 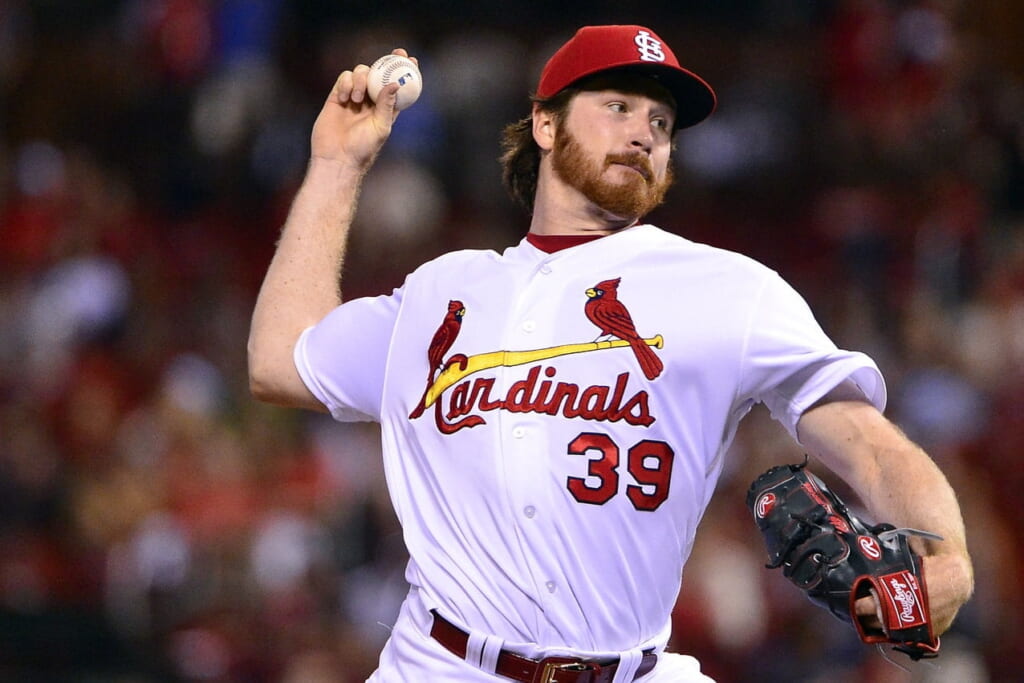 Ohtani deservedly drew all of the attention out of Japan, but the Cardinals are also pleased with their own signing from that country. Mikolas, who last pitched in the majors in 2014, signed a two-year deal with the Cardinals after a three-year stint playing in Japan.

The 29-year-old has been a force as a starter for St. Louis. In nine starts, he has registered a 2.24 ERA, 0.98 WHIP and allowed only six walks in 60 1/3 innings. His command is simply impeccable, and given his 0.99 ERA in four starts this month, things only seem to be getting better for the veteran.

It’s clear Mikolas discovered a flaw during his time in Japan, and now with the issue fixed he is mowing down lineups on a regular basis. He looks like a completely different player than what baseball saw from him a few years ago.

As the trade deadline draws closer, Detroit’s front office has a decision to make. While it wants to avoid a complete teardown, the team’s record over the past year show it is needed. If that happens, Boyd should be a priority for teams in need of an upgrade for their rotation.

As for 2018, Boyd has limited opponents to three home runs in 52 innings and is on pace to allow 10 in 172 innings this season. As a southpaw, he should attract even greater interest from teams. While we certainly aren’t talking about a front-line starter, Boyd’s breakout year is showing he can be reliable in the middle of a rotation and a move to long relief is not in his future.