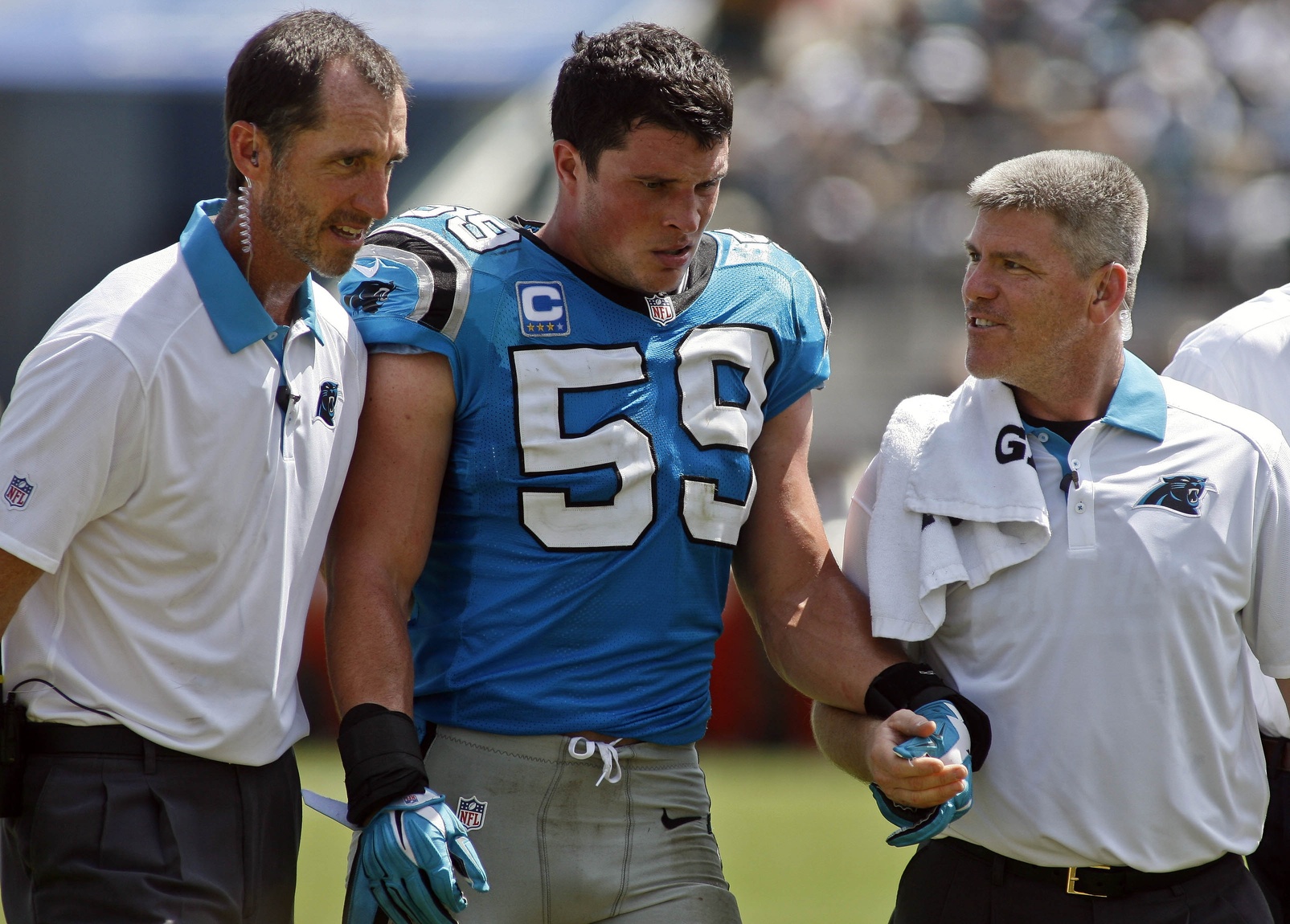 One of the best players of his generation, Luke Kuechly might have to cut his career short after suffering his third concussion in as many years. The Carolina Panthers middle linebacker was knocked out of Thursday night’s game after a huge block by Philadelphia Eagles offensive guard Brandon Brooks.

Luke Kuechly taking a big shot to the head. His concussion history is scary. #PHIvsCAR pic.twitter.com/02AjNuti1q

Kuechly is now in the NFL’s concussion protocol.

Speaking to media Friday, head coach Ron Rivera said he hasn’t yet talked to his star, or team doctors, since Kuechly left the game Thursday night. Rivera also said he won’t be making any comments about Kuechly’s “situation” until after he’s out of the league’s concussion protocol.

Ron Rivera says he's going to wait until Luke Kuechly is no longer in the protocol before he says anything more about his situation.

Last year, Kuechly missed the team’s final six games after suffering a brutal concussion in Week 11 against the New Orleans Saints in another Thursday night showdown. He left that game on a stretcher and was sobbing uncontrollably after his second concussion in as many seasons. In the aftermath of last year’s concussion, Kuechly sought a second opinion about how he should proceed, indicating he was seriously investigating whether to call it a career.

However, he returned to the game, determined to put his concussion history behind him and not talk about it again. He has been wearing an experimental band that wraps around the base of his neck and cuts off blood flow (ever so slightly) to his brain, which is supposed to expand the brain, giving it a bit more cushion thus keep it from being jostled so much when hits occur.

Obviously the device could not keep Kuechly from suffering another concussion. And now the question of whether to continue playing must be forefront in his mind. With that in mind it’s understandable that Ron Rivera wouldn’t want to discuss his player’s injury right now. However, it does seem strange that he has yet to talk to Kuechly or the doctors about the injury, especially given the grave concerns it could portend.