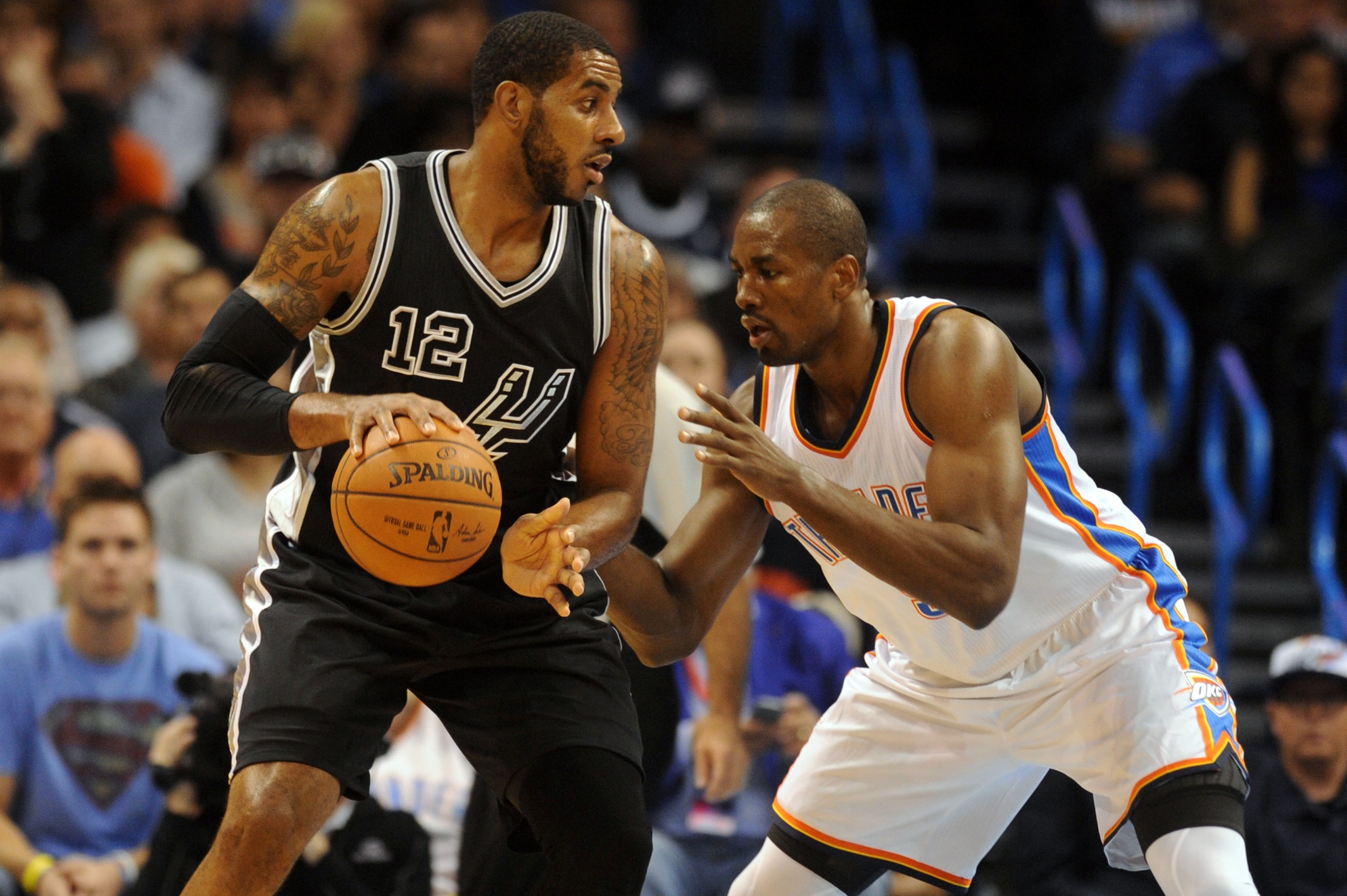 The San Antonio Spurs, already reportedly in trade talks with the Cleveland Cavaliers, are reportedly including LaMarcus Aldridge in addition to Danny Green.

Interestingly enough, Aldridge may have tipped the trade via his Twitter account based his activity (more on that here).

Early on Thursday, ESPN reported Aldridge wanted out of San Antonio and that the Spurs were seeking a top-10 pick in return for their star power forward. However, moving into the draft now, it seems clear that won’t be happening.

If the Spurs do send Green and Aldridge to Cleveland, then we have to imagine Kevin Love is a part of that exchange. Though, it stands to reason there would be other pieces to that puzzle as well. It’s hard to know what to expect from the Cavs right now in light of owner Dan Gilbert’s crazy decision to part ways with general manager David Griffin right before the draft.

We’ll be keeping our eyes peeled for the latest on this developing story.