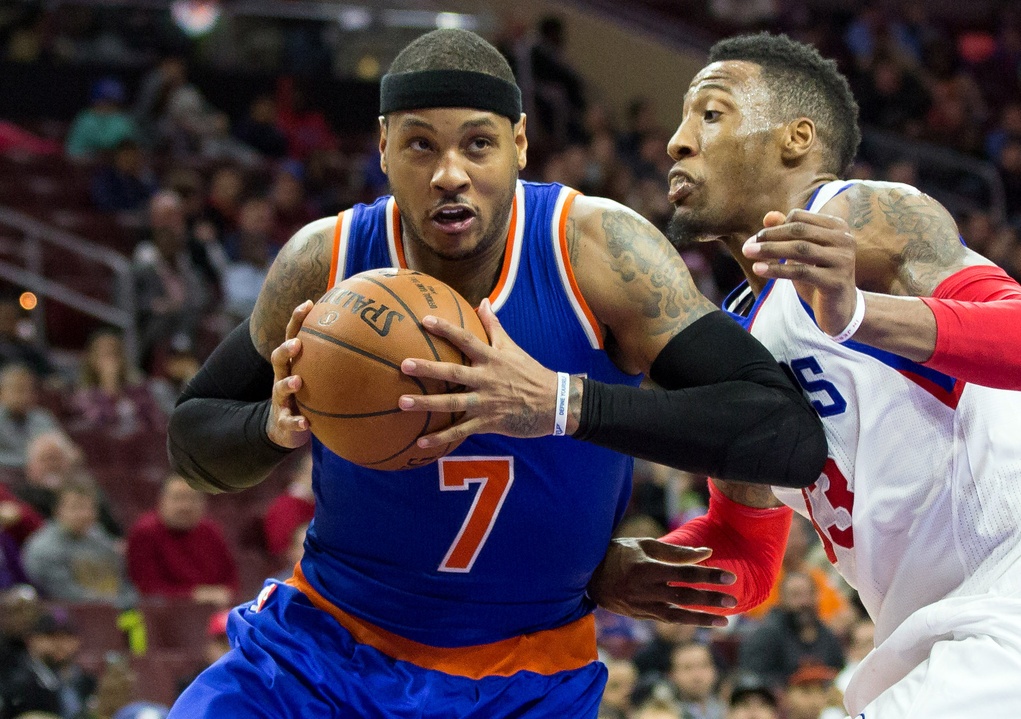 Despite what we’re being told publicly, it sure looks like the New York Knicks are attempting to move All-Star forward Carmelo Anthony.

Just one day after reports suggested that the Knicks had offered up Anthony to the Cleveland Cavaliers in a deal that would have sent Kevin Love to New York, comes this bit of interesting information from The Vertical’s Adrian Wojnarowski and Chris Mannix.

According to the two NBA insiders, New York has reached out to both the Boston Celtics to Los Angeles Clippers to gauge interest in Anthony. More than that, the two reported that Knicks president Phil Jackson is “determined” to find a deal for Anthony prior to next month’s trade deadline.

“Knicks president Phil Jackson is determined to find a destination and deal that Anthony would agree to accept before the Feb. 23 NBA trade deadline, league sources said.”

Anthony has two years on his deal remaining after this season at a total value of $54 million. It won’t be easy to trade a contract of that ilk, but both the Celtics and Clippers could send pieces back to New York in order to make the contracts work.

Anthony, 32, is having a strong season. He’s averaging 22.7 points, 6.0 rebounds and 3.1 assists per game. Surely, there will be interest in his services on the trade market.