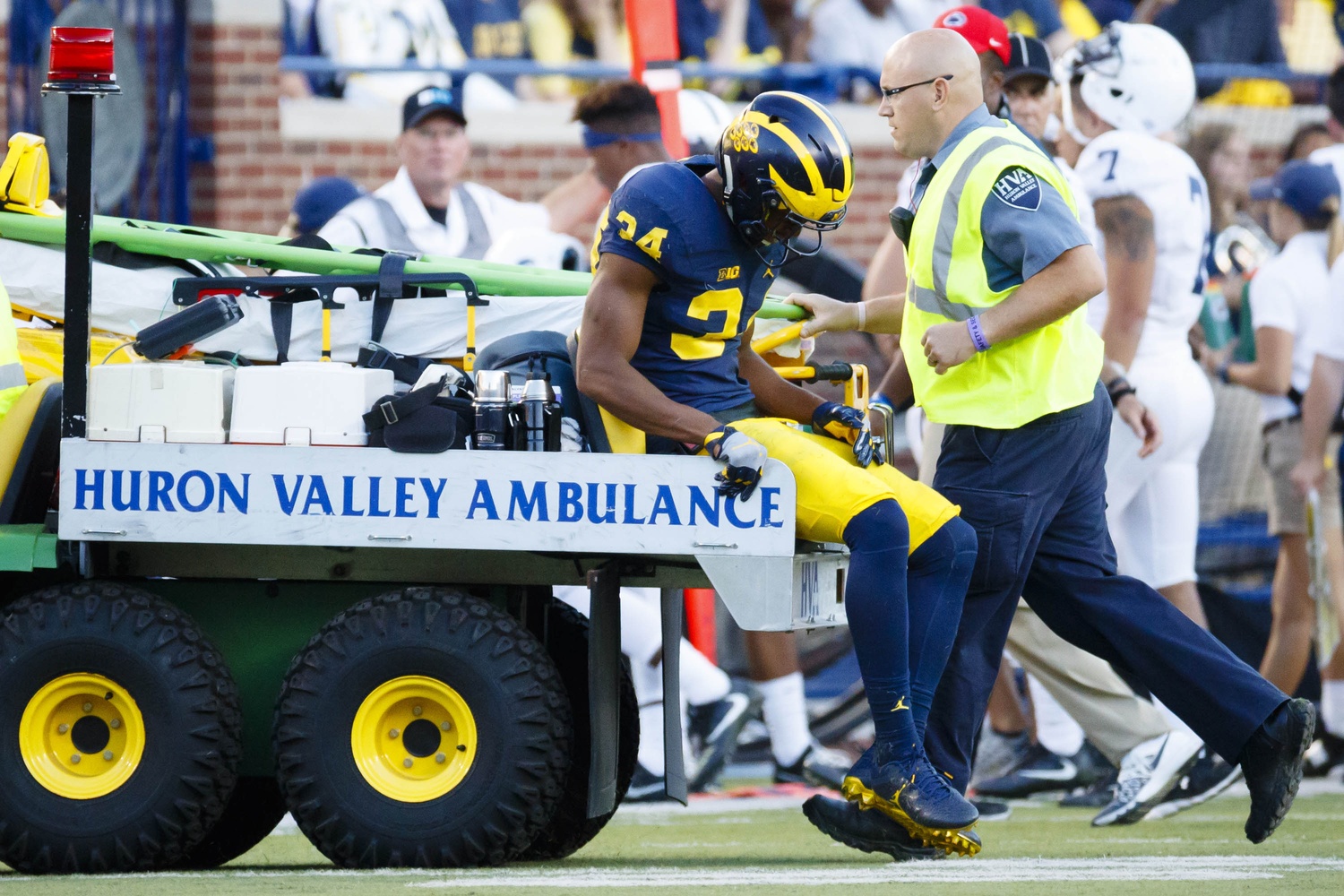 A season that’s been going swimmingly for the Michigan Wolverines and head coach Jim Harbaugh took a potentially horrible turn on Saturday.

Senior cornerback and one of the top defensive backs in the nation, Jeremy Clark, suffered what Harbaugh described as a potential torn ACL in Michigan’s 49-10 win over Penn State.

“Everybody is down a little bit right now,” Harbaugh said after the game, via 247 Sports. “We think it’s an ACL. We’ll know more tonight on it, but the team has been down and sad about it in the locker room for him. I don’t think we’re going to be able to dodge a bullet on that one.”

In a bit of bad luck, it was a non-contact injury with the game completely out of hand about midway through the fourth quarter. One wonders if the Wolverines should have had Clark in the game at that point.

From a micro perspective, this is also some pretty bad news for Clark. The defensive back was working his way up the draft boards and could have very well be seen as an early-round pick. If it is indeed a torn ACL, that will surely impact Clark’s draft status.