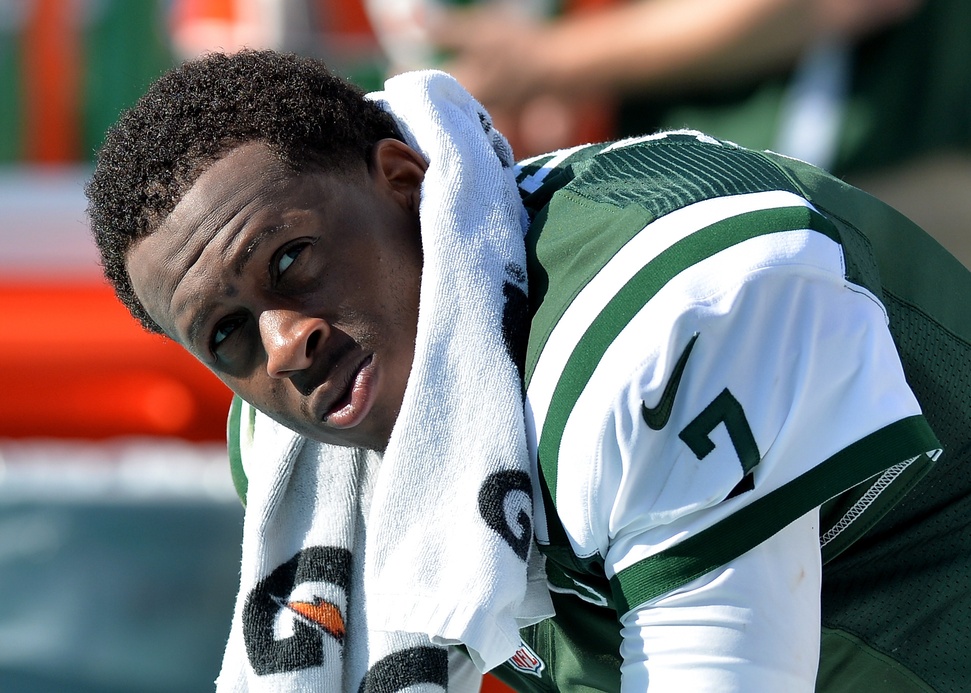 It was expected that the New York Jets would have an open and spirited quarterback competition in training camp this year between Geno Smith and Ryan Fitzpatrick. But Jets offensive coordinator Chan Gailey shot that idea down quickly on Wednesday by proclaiming Smith the starter for 2015.

Gailey, via Manish Mehta of the New York Daily News, said, “Right now, Geno is the starter.” He also said that Smith will “probably” start in Week 1, when the Jets face the Cleveland Browns.

Gailey: "Right now, Geno is the starter… And the way we expect it to be." So, it will be Geno's job to lose #nyj

So, there will not be a QB competition entering training camp. Gailey says Geno Smith will "probably" be Jets Week 1 starter vs Browns

“Pretty good” is a relative term, though, and doesn’t quite reflect Smith’s first two years with the Jets. In two seasons, Smith has completed only 57.5 percent of his passes and has thrown 25 touchdowns to 34 interceptions, while taking 71 sacks. In his 29 starts, the Jets have gone 11-18 and he has a career quarterback rating of just 71.5.

Fitzpatrick, who is on his sixth team since joining the NFL in 2005, has a career completion percentage of 60.2 percent and has thrown 123 touchdowns to 101 interceptions. In 2014, he started 12 games for the Houston Texans, and completed 63.1 percent of his 312 pass attempts, for 2,483 yards, 17 touchdowns and eight interceptions. He was sacked 21 times. The Texans went 6-6 with him under center and he put up a passer rating of 95.3.

Given that Fitzpatrick is not only more experienced of the two Jets quarterbacks as well as statistically the better talent, it is surprising that Gailey would turn completely against having a competition at the position this summer. Granted, Smith isn’t guaranteed to keep the job, with Gailey openly saying that Smith could be pulled for poor play “[j]ust like anybody else in the NFL. If you don’t play well over a period of time you could.” But neither preseason nor practices will result in Smith falling on the depth chart. Working with the first team is not in the cards for Fitzpatrick this summer.

It’s admirable that Gailey and new head coach Todd Bowles have chosen not to walk away from a quarterback drafted on someone else’s watch. But it is perplexing to hear Gailey praise Smith as though he was someone other than the player we’ve seen over the past two years.

Gailey stresses that Geno "can make every throw in the book" which is hard to find. #nyj

But the job is Smith’s to lose, and it’s not one he will be relinquishing prior to the start of the regular season.