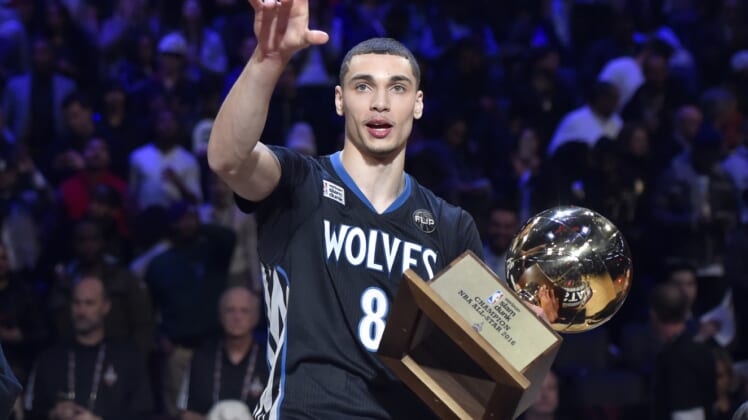 Minnesota Timberwolves guard Zach LaVine won the dunk contest for the second year in a row on Saturday night. Afterwards, the high-flying superstar in the making dedicated his victory to the late, great Flip Saunders, who drafted him and coached him before cancer took him from this world at the age of 60 last October.

It was a heartfelt gesture to honor one of the men who influenced LaVine’s life, as well as the lives of so many others.

Saunders’ coaching career spanned four decades. He started out at Golden Valley Lutheran College in 1977, worked his way into the NBA after nearly a decade coaching in the CBA where he made a name for himself as the head coach of the Timberwolves from 1995-2005.

Two more stops with the Detroit Pistons and Washington Wizards propelled him back to Minnesota in 2014 for the 2014-15 season. He selected LaVine out of UCLA with the No. 13 overall pick in the 2014 NBA Draft, and the rest is history.

LaVine, in addition to becoming one of the most dynamic dunkers in the history of the NBA, has the talent to become one of the game’s best all-around players. In his second season, he’s averaging 12.8 points, 3.2 assists, 2.9 rebounds per game.