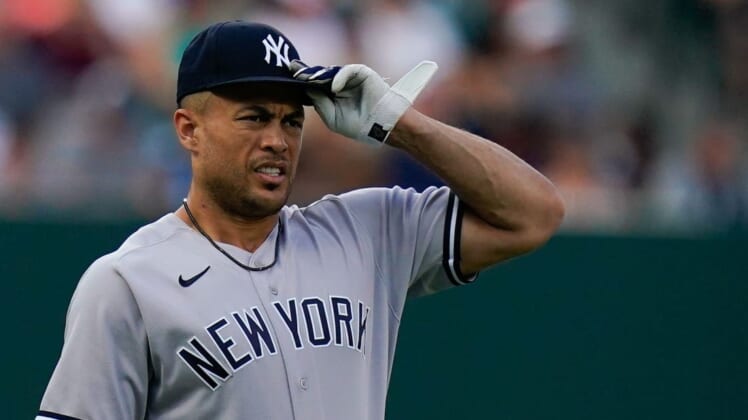 The New York Yankees placed slugger Giancarlo Stanton on the 10-day injured list Tuesday with tendonitis in his left Achilles.

The designation is retroactive to Sunday for the 32-year-old outfielder/designated hitter, who earned MVP honors at the All-Star Game earlier this month.

Stanton is 0-for-10 with seven strikeouts in four games since returning from the All-Star break. In his most recent appearance, he struck out as a pinch hitter in Saturday’s 6-3 loss at Baltimore.

The five-time All-Star is batting .228 with 24 home runs and 61 RBIs in 80 games this season, his fifth season with the Yankees and 13th in the majors.