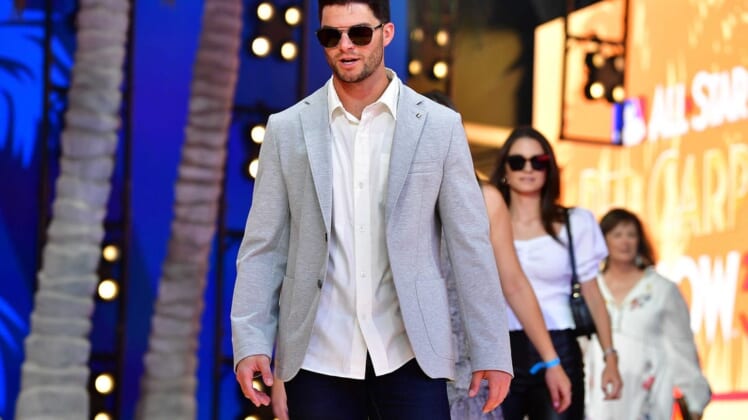 The New York Yankees added new acquisition Andrew Benintendi to the active roster Thursday, hours ahead of the opener of a four-game series against his former team, the Kansas City Royals.

The Yankees optioned outfielder Tim Locastro to Triple-A Scranton/Wilkes-Barre to clear room for Benintendi on the 25-man roster.

Benintendi, acquired Wednesday night for three minor league pitching prospects, will wear No. 18 for the Yankees. He wore No. 16 since 2017 but that jersey number, belonging to Whitey Ford, is retired by the Yankees.

Benintendi batted .320 with three homers and 39 RBIs in 93 games for Kansas City this season, and he has an AL-best 34 multi-hit games. When he makes his debut, he likely will appear in left field, where he started 88 times for the Royals in 2022.

Benintendi, 28, flew to New York with the Royals.

Benintendi also agreed to get vaccinated against COVID-19, per reports, something he hadn’t done prior to being put on the trade block. There’s speculation that the Yankees would not have made the deal otherwise. The Yankees got their entire roster vaxxed in April to meet Canadian requirements to play in Toronto.