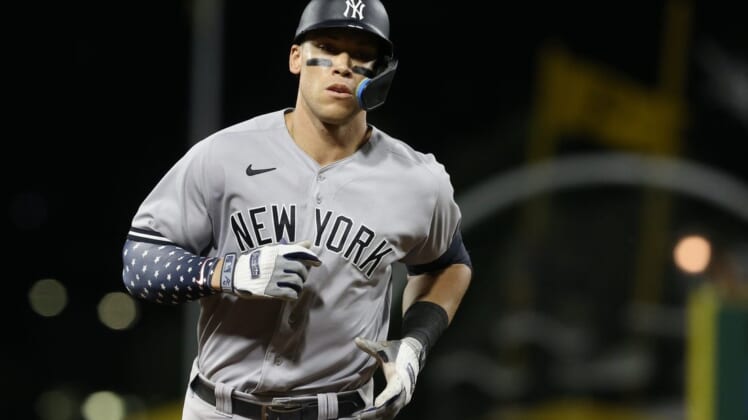 New York manager Aaron Boone said the move is a precaution and that Judge might be available to pinch hit if needed.

Judge became the first player in the majors to reach 30 homers this season when he launched a grand slam in Wednesday’s 16-0 rout over the Pittsburgh Pirates.

First baseman Anthony Rizzo also isn’t in the starting lineup for the third straight game due to back soreness. Rizzo is batting .223 with 22 homers and 52 RBIs in 77 games.

With Judge out of the starting lineup, the outfield was set up this way: Joey Gallo in right, Aaron Hicks in center and Giancarlo Stanton in left. Matt Carpenter is serving as the designated hitter and DJ LeMahieu is starting at first base.