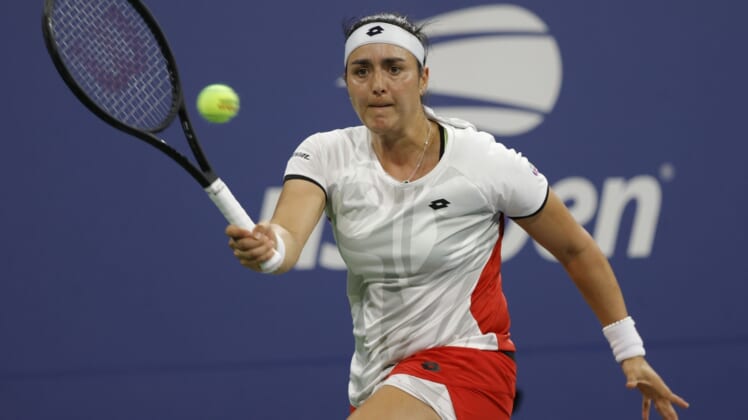 Sixth-seeded Ons Jabeur of Tunisia racked up 28 winners while posting a 6-4, 6-2 victory over top-seeded Elina Svitolina of Ukraine on Friday to reach the semifinals of the Chicago Fall Tennis Classic.

Svitolina had just nine winners during a match Jabeur controlled for most of the 82 minutes. Jabeur will face fifth-seeded Elena Rybakina of Kazakhstan, who was leading 6-4, 3-1 when third-seeded Belinda Bencic of Switzerland retired with a right knee injury.

Second-seeded Garbine Muguruza was never in danger of being upset while registering a 6-3, 6-2 win over Japanese qualifier Mai Hontama. Muguruza will be looking to reach a final for the fourth time this season.

Top-seeded Yulia Putintseva of Kazakhstan recorded a 6-2, 6-4 victory over sixth-seeded Rebecca Peterson of Sweden to advance to the final at Nur-Sultan, Kazakhstan.

Putintseva moved closer to her third career victory with the strong performance on home soil. She will face second-seeded Belgian Alison Van Uytvanck in the final.