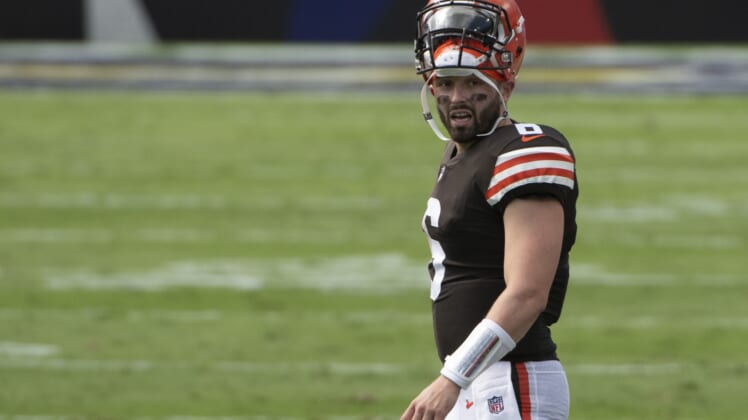 Coming into Week 1 of the 2020 NFL season, plenty of big-name quarterbacks were hyped up with everyone expecting big performances every week. As we saw on Sunday, sometimes the hype isn’t warranted and there’s a legitimate reason to be concerned about certain signal-callers. These are the worst quarterback-performance from NFL Week 1.

We were lucky to witness some great quarterbacks deliver stellar outings this week, but not every star came to play in Week 1. From future Hall of Famer Tom Brady delivering a dud in his Tampa Bay Buccaneers debut to two third-year quarterbacks falling well short of expectations, things got ugly for several quarterbacks.

While one game in a 16-game season is a little early for reactions, it’s a piece of the puzzle that will define the 2020 season. As we look at the worst quarterback performances in Week 1, there’s reason for some prominent teams to be alarmed.

Cleveland made sweeping changes to its offense this offseason to help Mayfield rebound from a rough sophomore season. After investing a first-round pick and a Brink’s truck into the offensive line, paired with a new head coach, the Browns hoped Mayfield would make the third-year jump. Week 1 was ugly.

Mayfield’s day started on a miserable note. It didn’t get much better after that, with Baltimore’s defense creating countless pressure off the edge and finishing Week 1 with six quarterback hits. In his third NFL season, Mayfield still doesn’t handle pressure well and the problem isn’t improving. It’s still early in the year and he could rebound against the Cincinnati Bengals, but there are long-term concerns.

Fitzpatrick entered Week 1 with a chance to surpass three Hall of Famers in the record books. Miami gave him the starting job before training camp even began and it was the right decision, given how he played to finish the 2019 season. But if this performance is a sign of what’s to come, get Tua ready.

He made Miami’s magical Week 17 win against the New England Patriots feel like a mirage. The 37-year-old threw three interceptions and averaged a pedestrian 6.36 yards per pass attempt. We won’t deny the Patriots have a great defense, but it also lost several starters this offseason. The Dolphins will give Fitzpatrick a few more weeks, but they know the fans want Tua. Once Tagovailoa takes the field, he’s never giving up the starting gig.

Darnold is in the worst situation imaginable for a young quarterback who needed the right environment to develop. Adam Gase can’t be trusted to get the most out of his signal-caller and the organization knows it. It also doesn’t help that the Jets have an atrocious offensive line, an issue that the front office’s quantity over quality approach this offseason didn’t fix. The icing on the cake for this horrendous situation, Darnold doesn’t have an NFL-caliber No. 1 or even a No. 2 receiver.

With that said, great quarterbacks find a way to make things happen even when everything is working against them. We didn’t see that ability from Darnold in Week 1 and this is now his third season in the NFL. He is only 23 and he’ll face softer defenses this season, but things might not get better this year. Ultimately, it might take an overhaul to the roster and coaching staff this offseason. We can only hope Darnold’s confidence isn’t shot and his growth not completely stunted when change finally comes.

The Eagles took the field in Week 1 under challenging circumstances. Losing Pro Bowl guard Brandon Brooks and left tackle Andre Dillard to season-ending injuries this summer is one thing, but things got even worse with right tackle Lane Johnson sidelined. Facing the Washington Football Team’s ferocious front seven, which could soon become one of the best in the NFL, things got ugly.

Wentz threw two touchdown strikes in the first half, but everything unraveled after Philadelphia took a 17-0 lead. Washington racked up eight sacks and 14 quarterback hits, living in the backfield and never giving Wentz time to feel comfortable in the pocket. Unsurprisingly, his play quickly deteriorated. Wentz finished Sunday with two interceptions and a 14.2 QBR, while the Eagles’ offense became far too familiar with three-and-outs. Did we mention this offensive line faces Aaron Donald in Week 2? Things don’t look promising for a quarterback who has been knocked for his durability.

We hard glowing reviews about Brady in training camp. The Buccaneers blamed New England’s poor supporting cast for his down year in 2019. The 43-year-old reportedly looked better than he did in New England and his new teammates were raving about his impact. So much for that.

Brady threw two interceptions, including a pick-six that changed the game. After the game, head coach Bruce Arians made it clear the problems fell on Brady’s shoulders. If the Bucs wanted a quarterback who turned the ball over in key moments, they could have re-signed Jameis Winston and saved a ton of money. Yes, blame can be placed on a lack of chemistry with this receiving corps and Brady facing a great defense. But we saw signs of decline last season and it might just be this 43-year-old quarterback’s talent is quickly fading. The Buccaneers are still a contender, but with new questions about TB12.