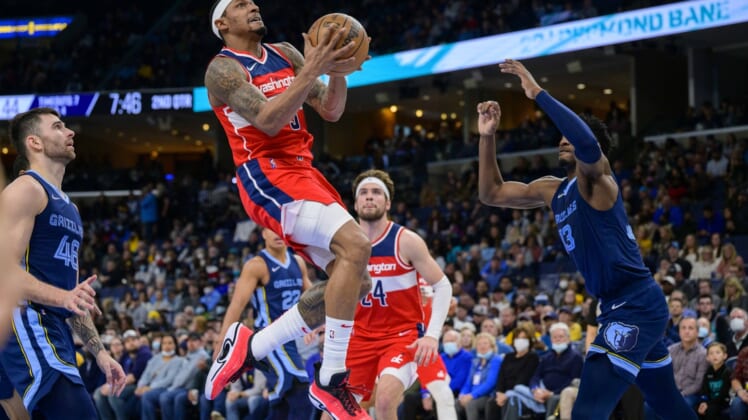 Washington Wizards star Bradley Beal will undergo surgery on his left wrist and miss the rest of the 2021-22 season.

After the three-time All-Star was re-evaluated by a hand specialist Tuesday, the Wizards said that Beal, his agents and the team “mutually agreed” the surgery was necessary to repair a torn scapholunate ligament.

“Despite the last 10 days of getting intensive treatment and rehab on my wrist, it became clear that I would not be able to compete to my standards or to the level that our team and our fans deserve,” Beal said in a news release. “I’m disappointed to have my season end this way, but we all agreed that this was the best decision. I look forward to coming back at 100 percent and continuing to lead this team as we work together to build toward the future.”

Beal has not played since sustaining the injury Jan. 29. In a game against the Memphis Grizzlies, Beal attempted to take a charge from an oncoming player, fell and landed on his hand and wrist.

It was not a season to remember for Beal, who also missed three games in December and three in January due to multiple stints in COVID-19 protocol. Beal is unvaccinated.

In 40 games, Beal averaged 23.2 points, 6.6 assists and 4.7 rebounds as the Wizards tussled for an Eastern Conference play-in game spot. Washington is currently 11th in the East at 24-29.

Beal finished second in the NBA in scoring each of the past two seasons and was an All-NBA Third Team selection for 2020-21. A frequent subject of trade speculation, Beal has often said he wants to remain in Washington and try to win there.