With D’Eriq King, Miami Hurricanes could be most improved CFB team in 2020 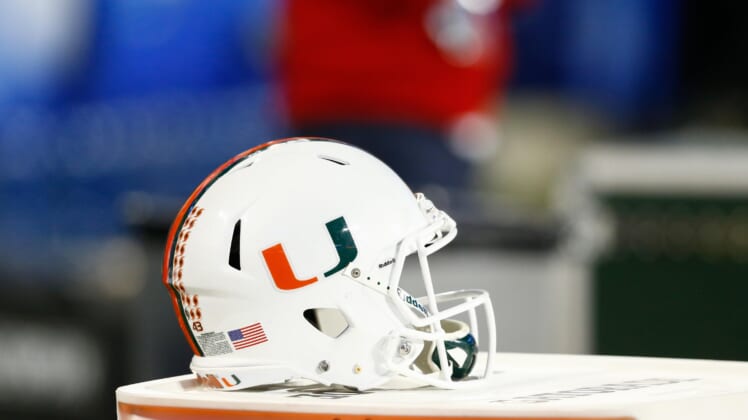 The Miami Hurricanes disappointed in a big way last season as Manny Diaz and Co. went 6-7, but the addition of D’Eriq King changes everything.

The skinny: Miami finished with a whimper in their bowl game against Louisiana Tech to cap off a miserable 2019 campaign. But with former Houston quarterback D’Eriq King transferring, and a defense that has the potential to be dominant up front, this program is one to watch in 2020.

Serious upgrade: The ‘Canes never got settled at quarterback last season, with both N’Kosi Perry and Jarren Williams taking significant snaps. King should not only immediately start and hold onto the job all year if he’s healthy, but he will provide a major spark.

Here’s a look at what Perry and Williams did last season:

Now here’s what King did in 2018 (he played only four games last year before taking a redshirt):

So, it’s not hard to see that King represents a significant upgrade at the quarterback position for the Miami Hurricanes in 2020. And when you have a quarterback that can transform an offense the way he can, you have a chance to win a lot of ball games.

Getting defensive: Miami’s defense was pretty darn good last year, allowing just 20.2 points per game (No. 23 in the nation). Looking at the roster heading into the spring, it seems clear that the ‘Canes have a chance to be even better on this side of the ball in 2020.

The bottom line: Defense really wasn’t the problem last year. The offense just couldn’t hold up its end of the bargain. Now, with a defense that has the potential to exceed last year’s production, this program may be ready to take flight.

With King running the offense, assuming the Hurricanes don’t try to pound a square peg into a round hole and turn him into a pocket passer, we should see the Miami football program finally get back to respectability in 2020. If not a heck of a lot more.