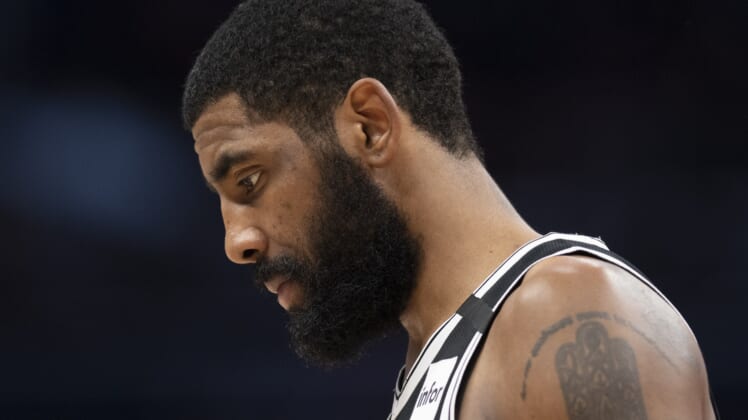 Brooklyn Nets star guard Kyrie Irving has played a grand total of 20 games this season. The high-priced free-agent signing will miss the remainder of the season following shoulder surgery, ending an injury-plagued year.

That’s the backdrop for Brooklyn coming out of the All-Star Break. It’s also going to lead to some major questions as the team finishes up what has been a disastrous season in the Big Apple.

The gist: Less than a year removed from signing a four-year, $136.5 million contract, Irving has become an enigma in Brooklyn. It’s not simply about the injury.

Success without Irving: The former NBA champ has not had the impact that Brooklyn hoped for when on the court this season.

The Nets’ Roster: Brooklyn’s roster is set up for success moving forward, even if the team finds a way to trade Irving.

How a divorce might look: It’s going to be hard for the Nets to move Irving’s contract without taking a bad deal and sending draft picks the other way.

The writing is on the wall here. Irving’s marriage with the Nets has already proven to be a failure. We don’t need to look any further than the first five months of this relationship.

If I were running the Nets’ front office, I’d look to cut ties with Irving at the first possible moment this coming offseason. The relationship is not going to get better.

And in reality, this drama could derail whatever championship window the Nets believe they have.

Cut ties and don’t look back.