Should the Golden State Warriors draft a center or a guard this offseason? 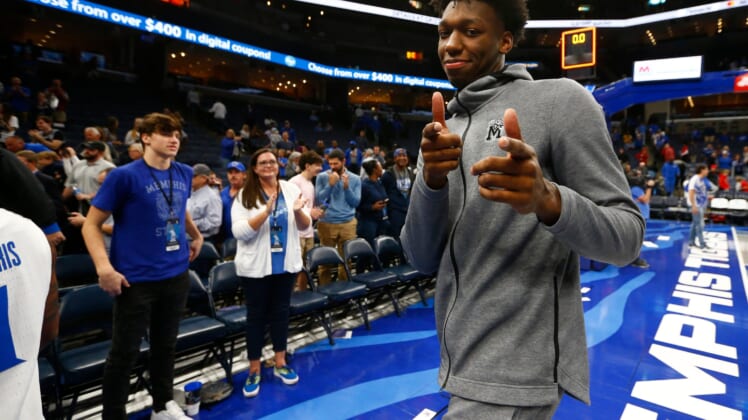 After a horrid 2019-20 NBA season, the Golden State Warriors are retooling for the 2020-21 season. With a healthy core of Stephen Curry, Klay Thompson and Draymond Green, tertiary pieces like Andrew Wiggins and a good bench, the Warriors will be competitive again.

The big picture: The Warriors will get a top pick in the 2020 NBA Draft. The question is, who should Golden State draft based on their needs?

How the Warriors stack up

As it stands, the Warriors have six guards signed for the 2020-21 season. But only three of them are guaranteed: Curry, Thompson and Jordan Poole. The other three – Damion Lee, Ky Bowman and Mychal Mulder – have partially-guaranteed contracts.

Lee recently got a contract extension and Bowman averaged 7.4 points, 2.9 assists, 2.7 rebounds and a steal in 22.6 minutes a game. Meanwhile, Mulder averaged 11 points, three points and one assists in about 30 minutes a game. But he shot under 40% and only 30% from the 3-point line in the seven games – with three starts – he played.

Although Chriss has thrived in Golden State, he may not get a spot next season depending on who the Warriors draft. If he’s able to snag a roster spot, he could potentially come off the bench as a backup center or power forward. Chriss along with Paschall, Lee, Bowman and Poole make for a fascinating second unit.

Guards the Warriors could draft in the top 10

If the Warriors opt to draft a guard, here are a few options:

There are a plethora of options at the guard position the Warriors could go with in the draft. However, they could also look to bolster the front court.

The bigs Golden State could draft

Considering the Warriors are somewhat filled at the guard positions, they could opt to go for a forward or center. The Warriors don’t necessarily have depth in the front court so these players could have an immediate impact when drafted:

Based on the Warriors’ roster construction, they don’t really need to draft a guard, unless they are planning on packaging the him in a trade. Rumors have been flying on what the Warriors will do with the pick: will they keep it or package it with Wiggins for another superstar? Whatever the case may be, the Warriors have a lot of decisions to make come draft day.

The bottom line: the Warriors should draft a big

Although drafting a guard might be a tantalizing proposition for Golden State, their best chance of success would be drafting a big. Based on the roster construction, Looney’s injury history is too much to overlook and Green is best used in spurts at center. Paschall and Smailagic don’t have enough experience to warrant heavy minutes on a playoff-contending team.

If the Warriors pick Wiseman, they automatically get the size and length they’ve been looking for. His age and lack of playing time is a big issue, however. On the other hand, Okongwu and Toppin offer the Warriors a more polished player on the floor: Okongwu on the defensive end and Toppin on offense. That leaves Achiuwa as the wildcard pick.

Regardless of who the Warriors draft, they are in good shape. The Warriors also have choices when it comes to free agency as well. With the championship core coming back, the pick will only bolster the Warriors chances of making noise next season.