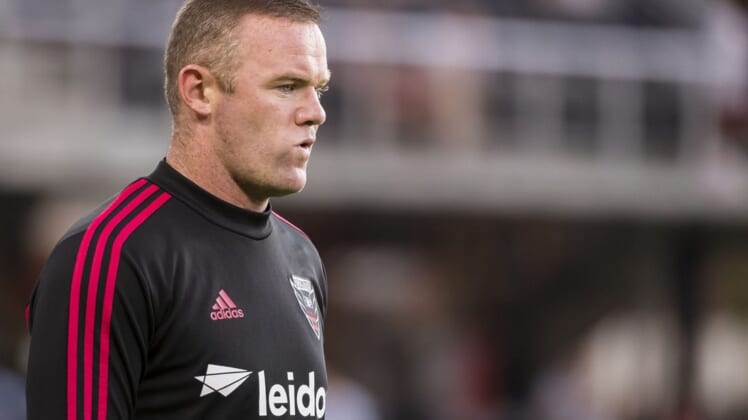 He spent the past two years as the manager of English Championship side Derby County before resigning last month.

Rooney will replace interim coach Chad Ashton upon receipt of his visa. Ashton took over in April when the team parted ways with head coach Hernan Losada.

“Wayne is a soccer legend and one of the most exciting and dynamic up-and-coming managers in our sport. He’s already proven in his young coaching career that he knows how to lead a group through adversity,” said Jason Levien and Steve Kaplan, co-chairmen of D.C. United. “He has an understanding of our league and what it takes to be successful in Major League Soccer thanks to his two-year stay with us as a player. The passion he showed while wearing Black-and-Red electrified our city and our club and we are so excited to welcome him back as our Head Coach.”

Rooney takes the coaching reins for an organization that has won the MLS Cup four times and the Supporters’ Shield four times, but has fallen on hard times this year.

D.C. United (5-10-2, 17 points) are currently tied with the Chicago Fire for the fewest points in the league. Only Sporting Kansas City have a worst goal differential (minus-16) than D.C. United (minus-14).

Rooney enjoyed a legendary run at Manchester United from 2004-17, scoring 208 Premier League goals in 491 appearances. He captured 16 major trophies during that stretch, including five Premier League titles and the 2008 UEFA Champions League title.

“Wayne is a winner and a competitor. His work ethic and what he demands of himself and his players is second to none,” said Dave Kasper, president of soccer operations for D.C. United. “Wayne’s approach to the game and the style of soccer he wants to play fits within our philosophy and we believe he is the right person to lead our club moving forward.”

The team said Rooney’s coaching staff will be announced at a later date.