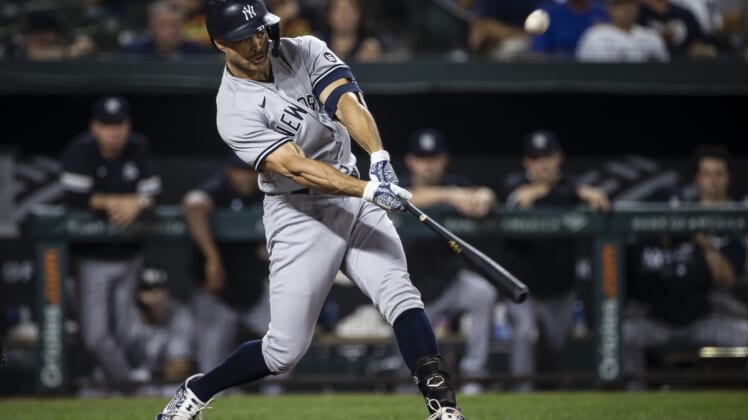 Gerrit Cole pitched five innings of one-run ball in his return from a minor hamstring injury while Aaron Judge and Giancarlo Stanton slugged two-run homers as the visiting New York Yankees recorded a 7-2 victory over the Baltimore Orioles on Tuesday.

Cole (15-7) made his first appearance since last Tuesday, when he left a start against the Toronto Blue Jays due to left hamstring tightness.

Against Baltimore, Cole won his fifth decision in six starts since missing over two weeks with COVID-19. He allowed four hits, struck out seven and walked three.

The Yankees (81-64) won their second straight game after losing 12 of 15, a stretch that included a pair of one-run home losses to the Orioles.

Judge hit his 34th homer two batters into the game, sending a 2-1 changeup from Alexander Wells (1-3) into the right-center field seats. Stanton hit his 28th with one out in the third, when he lined a 2-0 changeup to right field.

It was the 14th time Stanton and Judge had homered in the same game since becoming teammates in 2018.

Luke Voit followed Stanton’s blast with a solo drive deep into the left field seats. Joey Gallo added a solo homer in the eighth and DJ LeMahieu contributed a solo drive in the ninth as New York matched its season high for homers (also April 30 vs. Detroit).

Cole settled in nicely after laboring through a 29-pitch first inning. He allowed a leadoff double to Cedric Mullins before issuing two-out walks to Trey Mancini and Austin Hays, but he escaped by striking out Ramon Urias on a foul tip.

Cole allowed an RBI double to Ryan Mountcastle in the fifth and walked Anthony Santander. Following a visit from pitching coach Matt Blake, Cole ended his outing by striking out DJ Stewart – he pounded his glove as he walked off the mound.

Michael King survived a fielding error by new second baseman Gleyber Torres in the sixth and tossed three hitless innings. Sal Romano allowed Kelvin Gutierrez’s RBI single that hit him on the hand, and Aroldis Chapman finished up in a non-save situation.

The Orioles (46-98) lost their fourth straight and also lost Mancini to right abdominal soreness. Baltimore has allowed 51 runs and 18 homers in the past four games.

Wells allowed five runs on seven hits in four innings. He struck out three and walked one.