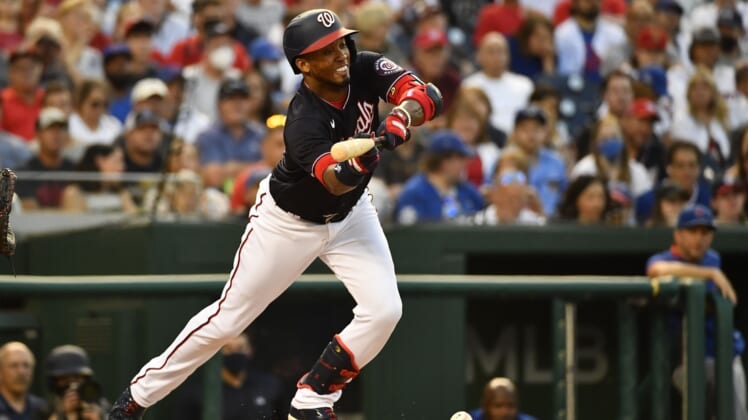 Josh Bell and Luis Garcia homered and the Washington Nationals began a new era with a 4-3 win over the visiting Chicago Cubs on Friday night.

Sergio Alcantara and Rafael Ortega had two hits each for the Cubs, who have lost four straight.

Washington starter Paolo Espino (3-2) allowed a run on four hits over 5 1/3 innings. He walked one and struck out six. Kyle Finnegan pitched the ninth for his second save.

Jake Arrieta (5-10) made the start for the Cubs. He gave up two runs on six hits over four innings, with a walk and three strikeouts.

Both teams entered Friday night with their rosters dramatically altered ahead of the MLB trade deadline.

With the Cubs trailing 4-1 in the eighth, Ortega singled with one out. Reliever Gabe Klobosits came on and made his Major League debut. Wilson Contreras greeted him with a double and, with two outs, Patrick Wisdom grounded a two-run single to left, pulling the Cubs within 4-3.

Garcia gave the Nationals a 1-0 lead with his first homer of the season in the bottom of the second.

Alcantara doubled leading off the third for Chicago and scored on a double by Ortega.

Adam Morgan replaced Arrieta in the fifth and, with two outs and no one on, Bell connected with a 1-2 slider for his 17th homer of the season.

In the sixth, Carter Kieboom walked and Yadiel Hernandez doubled off the wall in center to make it 4-1.