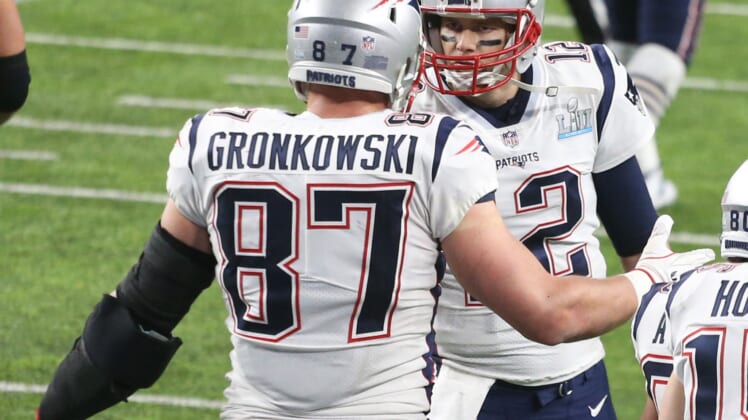 Rob Gronkowski wasn’t going to return to the NFL unless it was to play with Tom Brady. Now they are reuniting with the Tampa Bay Buccaneers and their first video together is already an incredible sign of what’s to come this year.

Brady released a hilarious video on Wednesday, using a conch shell to summon his teammate. After the birds fly away, Gronk comes running out of the woods to reunite with Brady on the field once more.

It’s been a few months since Gronkowski had to run, so it’s understandable why he’s tired. The 31-year-old took a year off from football and seemed to enjoy parting for several months, but now his focus shifts back to football.

Fans in Tampa Bay are understandably excited about the future Hall of Famers reuniting. The Buccaneers have the pieces in place to win a Super Bowl and Brady now has a familiar face to train with.

As long as they don’t get busted for training at a closed park, this iconic duo will be spending a lot of time together this offseason training and will do great things when the NFL season arrives.