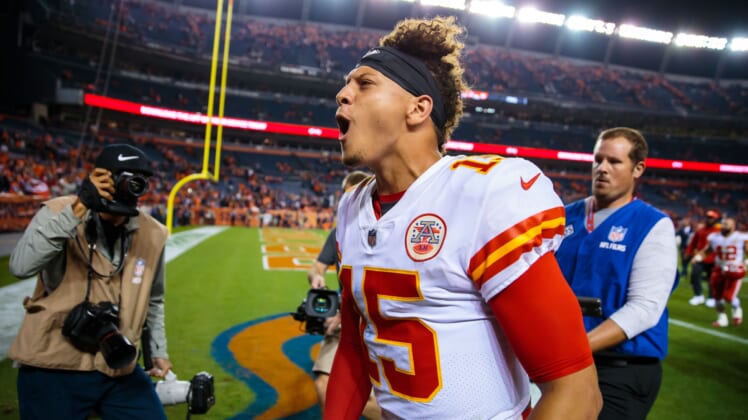 Patrick Mahomes threw his 50th touchdown of the 2018 season Sunday as the Kansas City Chiefs routed the Oakland Raiders, and it was special.

The second-year quarterback threw a dime to Demarcus Robinson for an 89-yard touchdown to get to No. 50 on the season.

Not only did Mahomes hit 50 touchdowns on this play, he also became just the second player in NFL history to pass for at least 5,000 yards and throw 50-plus touchdowns in a single season. The other is Peyton Manning.

Players with 5,000+ pass yards and 50+ pass TD in a single season in NFL history